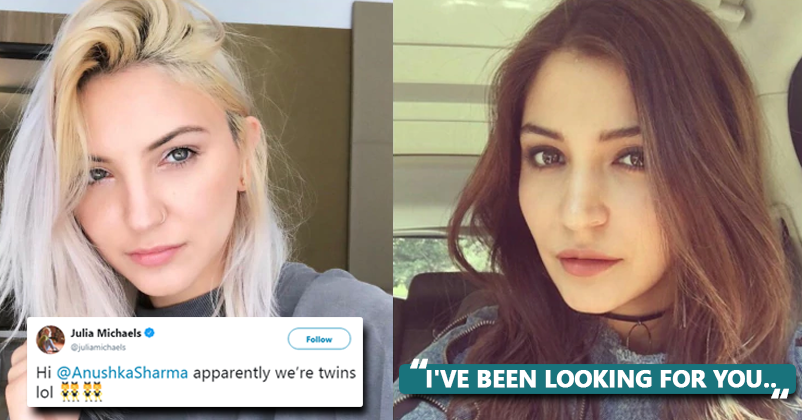 A few days ago, news that Anushka Sharma’s lookalike had been spotted broke the internet. Turns out, the woman is a singer in the States, named Julia Michaels.

The resemblance between the two is really uncanny. In fact, even Julia and Anushka had to admit. After Julia received a lot of unexplained attention from Indian fans, someone notified her of the similarity. She posted a collage of their pictures as well: 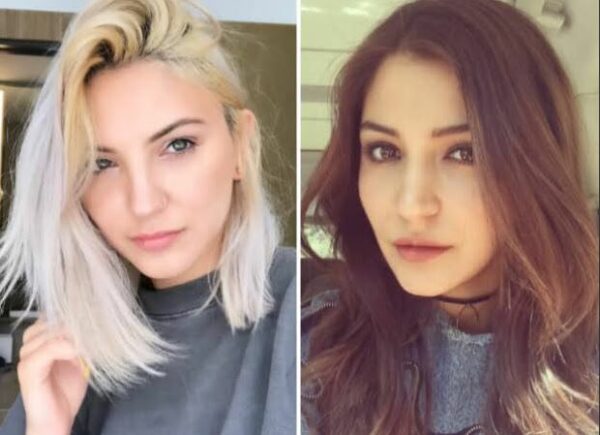 This is what she had to say:

They really do look like twins. Anushka took it sportingly and immediately responded with a funny tweet. She said she had been waiting for her doppelganger since forever.

OMG YES!! 😲 I've been looking for you and the remaining 5 of our dopplegangers all my life 😂 https://t.co/SaYbclXyXt

This news has fans in splits. Check out what they had to say:

How Virat will recognize you:

We got another Kohli too .. pic.twitter.com/z0RnzwSbD7

We want a meet lol pic.twitter.com/AWSbaCKeZm

Can you tell the difference?

Amitabh Bachchan Called Viral Pic Of Kids Clicking Selfie With Slipper Fake, Gets Badly Trolled
Kartik Aaryan Reveals The Name Of His Favorite Cricketer. You Won’t Believe who It Is.