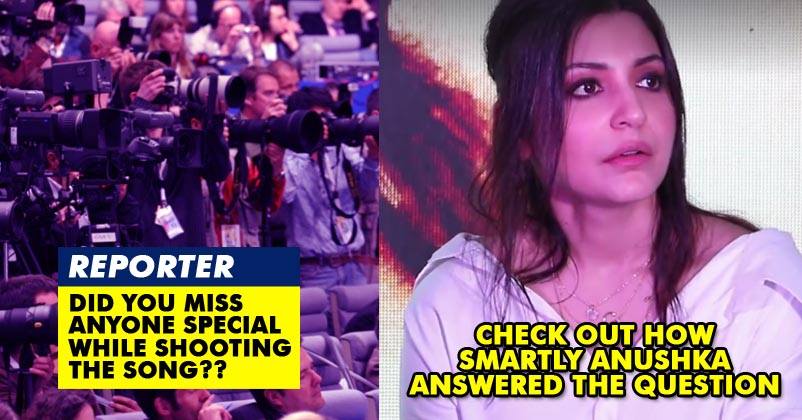 Anushka Sharma & Virat Kohli are indeed the hottest couple of our country. While Anushka is among the most talented, self-made and immensely charming actress of Bollywood, Virat Kohli has also made a big name with his excellent game, looks and match winning performances.

Their relationship is not something that has been kept under wraps. The couple has made several public appearances together and has shared selfies for the fans too.

It must be mentioned that they look drool worthy when they walk together and that’s why fans and even media can’t help but ask for more. 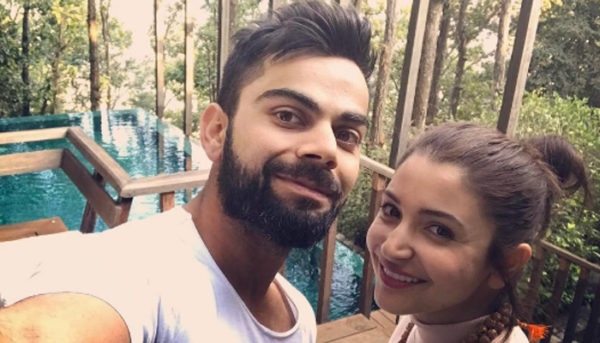 Whenever Anushka Sharma attends a public event related to her work, media is more interested in her relationship with Virat. Although they have already been a victim of Anushka’s sassy replies on the questions regarding Virat, this time reporters took an indirect way.

At the song launch of her upcoming movie Jab Harry Met Sejal also starring Shah Rukh Khan, Anushka was asked an indirect question related to Virat. Without any surprise, she proved she’s a tough nut to crack with her reply. Watch the video here;

A journalist asked Anushka if she missed anyone specific while shooting for the romantic song ‘Hawayein’ from the film. Answering the question, Anushka said she definitely missed song’s lyricist Irshad Kamil who has written such beautiful lyrics.

But that was not the only instance. At the same event, she was also asked if she had any memorable meetings in her life, much like the movie itself. To this Anushka initially praised the journalist for such an ‘original question’ and replied she definitely remembers meeting Imtiaz Ali for the first time and she loved it.

Isn’t that a perfect reply? We are sure Virat will LOL when he will know about this.

Here’s Why Virat Kohli Doesn’t Give A Follow-on To The Opponent Team In Test Cricket
After Endorsing Two Rival Brands, MS Dhoni Lands Himself In A Legal Trouble