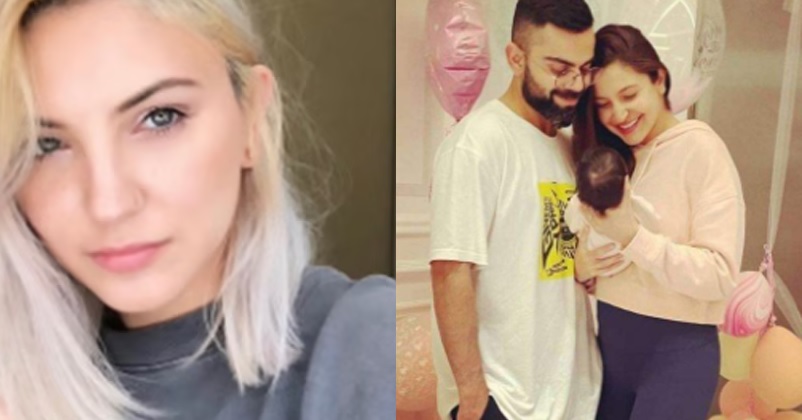 The Indian cricketer Virat Kohli and Bollywood actress Anushka Sharma make one of the most loved celebrity couples of India and their fans are quite happy nowadays as they have become proud parents of a baby girl. Recently, Anushka Sharma took to her social media networks and posted a cute photo in which she can be seen with her baby girl and Virat Kohli. In this post, Anushka also shared with the fans that they have named their daughter Vamika.

Anushka captioned her post, “We have lived together with love, presence and gratitude as a way of life but this little one, Vamika has taken it to a whole new level! Tears, laughter, worry, bliss – emotions that have been experienced in a span of minutes sometimes! Sleep is elusive but our hearts are SO full Thanking you all for your wishes, prayers and good energy”. 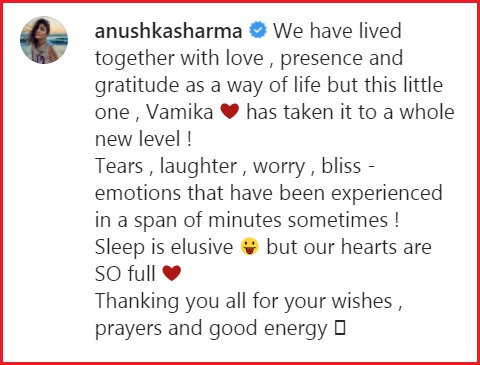 Soon the post was flooded with congratulatory comments by her fans and followers but the comment which was noticed a lot was the one made by the American singer Julia Michaels who is also a look-alike of Anushka Sharma.

Julia Michaels wrote, “CONGRATS” in the comments and her comment has been liked by more than 4400 users.

Anushka had interacted with her doppelganger on Twitter earlier when Julia tagged Anushka citing that they are apparently twins and Anushka also responded by saying that she had been looking for her and other five doppelgangers all her life. 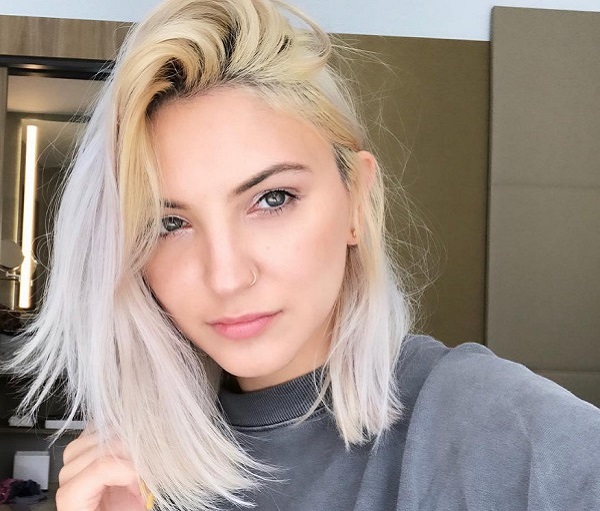 Anushka was last seen in “Zero” which also starred Shah Rukh Khan and Katrina Kaif. The movie failed at the box-office but then Anushka also made her debut as a producer on the digital platforms with “Pataal Lok” and “Bulbbul”.

Vicky Kaushal Shares Funny Post As His Female Fan Meets Him With Samosa & Jalebi At Airport
Pooja Hegde’s Fan Asks For Her Naked Photo, Her Response Proves She Is The Coolest Actress