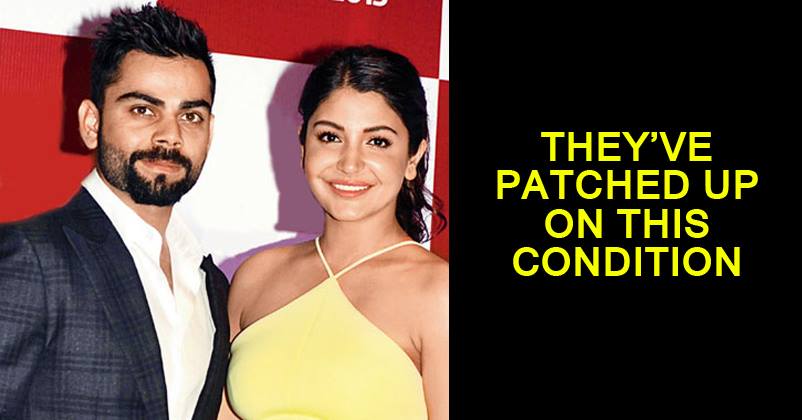 A lot has been said and reported about Virat Kohli and Anushka Sharma’s ever changing relationship status. Although Anushka and Virat didn’t open up about their current status, everyone knew that the couple had parted ways just for some time and had sought some space from each other. However, few weeks back we saw a happy picture of both of them posing together and celebrating the win of RCB at an eatery. This picture definitely made all their fans very happy. Now, there are reports stating that the couple has patched up, but they have done this on 1 shocking condition.

Sources close to Virat and Anushka stated that the couple has got back together officially but they don’t want to publicize their relationship. Now, you wouldn’t get a chance of spotting them somewhere or even on social media! Yes, this is true….

Sources say “There will be fewer public appearances now as Virat doesn’t want her to face the flak for his performance on field. Earlier, the cricketer would profess his love publicly on social media, but this time around they have decided to keep their relationship out of the public glare because too much was being said about them.”

Hope all misunderstandings are cleared now and the couple doesn’t part ways again..

Hollywood Overpowers Bollywood Once Again! The 2nd Day Collections Of ‘Sarbjit’ And ‘X-Men’ Prove This!
Finally Lulia Vantur Speaks About Her Wedding Rumors! Here Is What She Has To Say!