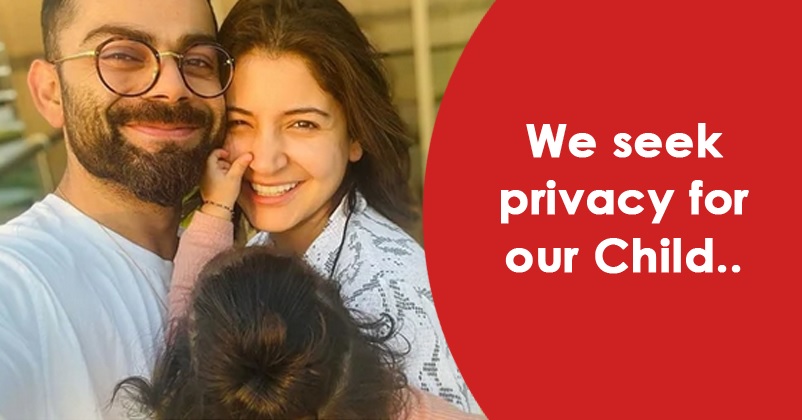 The Indian test skipper Virat Kohli is presently with the Indian team in South Africa where he will lead the squad in 3-match test series against South Africa starting December 26. Virat is also accompanied by his wife Anushka Sharma and their daughter Vamika and on Friday morning when they arrived at the airport to catch the flight for South Africa, after coming out from the bus, Virat Kohli went straight to mediapersons and requested them not to take photos of his daughter. 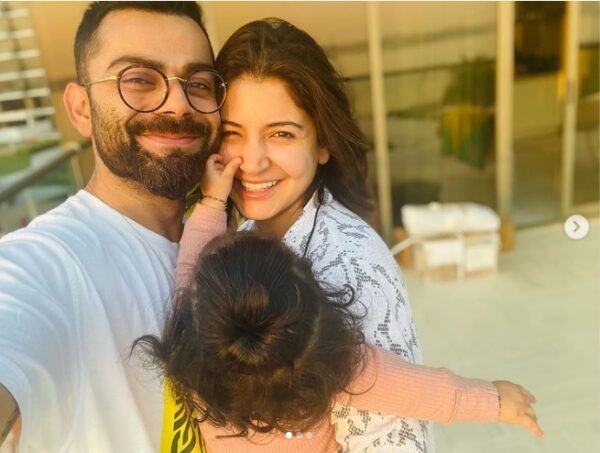 While the majority of the paparazzi obliged, there were very few who still clicked Vamika. Recently, the Bollywood actress-producer Anushka Sharma posted a message on her Instagram Stories in which she thanked the majority of the media fraternity who paid heed to their request and didn’t click and publish photos/videos of Vamika and she also hoped that she would get the support of those paparazzi as well who didn’t oblige to their request this time.

In addition, Anushka writes that as parents, they wish to give their child privacy and want her to live without being in the eye of social media and media. She adds that it is not in their control completely as she is older and for this purpose, they certainly need the support of mediapersons. While concluding, Anushka also thanks the fan clubs for not sharing pics on the Internet, stating that it’s really very mature of them.

Here is the story: 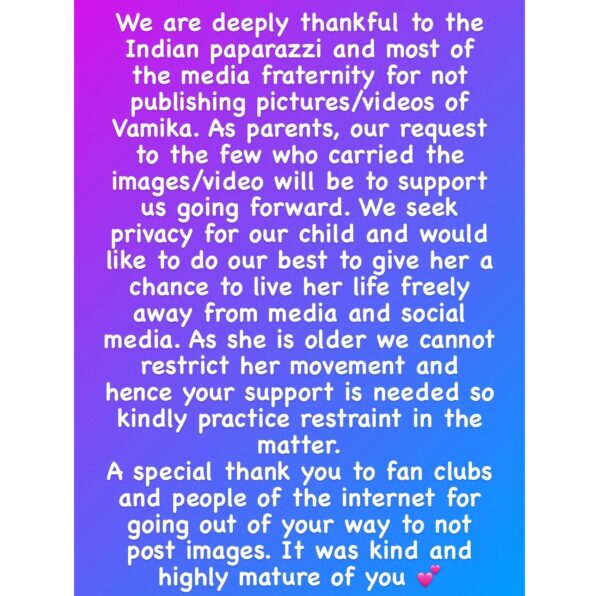 Virat Kohli is presently in the center of controversy after his explosive press conference in which he talked about many issues and also said that he was never asked not to step down from the T20I captaincy which contradicted from the statement of the BCCI President Sourav Ganguly as he said in an interview that he personally asked Virat Kohli not to leave the T20I captaincy.

India will also play 3-match ODI series against South Africa after the test series but the four match T20I series between the two teams has been rescheduled to take place the next year.

Virat Kohli and Anushka Sharma have asked mediapersons over and over again not to click pics of Vamika and requested for a little privacy from the very beginning which they absolutely deserve and people should respect their feelings. What do you say?