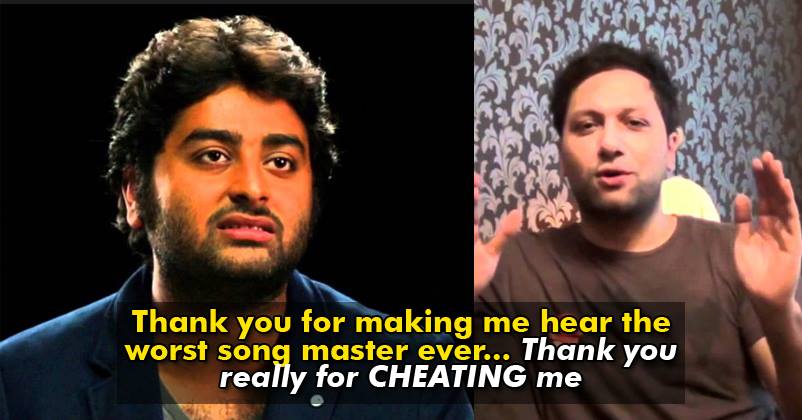 Some are born singers and some are made singers. Singing is a really beautiful talent gifted by God. But, if you don’t know how to sing then there is a technique called voice auto-tuning that can come to your rescue and make you sound like a professional singer!

We hear a lot of actors and actresses these days singing in their own movies. Alia Bhatt gave her voice for the song Mein tenu samjhawa ki…, Salman Khan has also given his voice for many songs and recently John Abraham will be seen singing in his upcoming movie Force 2. But, are they born singers?

NO! It’s the magic of voice auto-tuning. Though people who are not blessed with singing talent with surely admire this technique. But it will offend professional singers if anyone will use this technique on their voices. Something similar happened with Arijit Singh when he sang for the movie ‘Wajah Tum Ho’.
Arijit Singh a few months back took to Facebook and posted his apology for Salman Khan, requesting him to keep his song in Sultan.

This time he has vented out his frustration against the music composer of Wajah Tum Ho, Abhijit Vaghani. Arijit in his post has slammed the music composer for auto-tuning his voice. He has also claimed that his voice has been drastically molded that he himself couldn’t recognize his voice!

I do not understand why people act smart for no reason. Abhijit Vaghani you did not have to tune my voice to this extent. I am so ashamed of this rendition and I so love the original. Good luck with your music bro but honestly your sense of tuning and ruining the classic tune is a classic one. Keep up the good work. You are a talented music producer but I am so done with you.

Thank you for making me hear the worst song master ever, thank you for retuning my voice so much that I don’t even recognize. Thank you really for cheating me. If I knew you will change the mix later I wouldn’t have sung this. A classic insult to the original song.

Arijit’s anger against auto-tuning is not illogical. He has given us many divine and soulful songs in the past. Arijit’s huge fan following is a proof of his sensational singing. Though, the music composer Abhijit Vaghani’s side story is still unheard. A decision can only be made after listening to the stories of both sides.

Till the time Abhijit Vaghani gives his opinion listen to the track for which Arijit claims that his voice has been auto-tuned.

So, do you think it’s not Arijit’s voice? What’s your opinion on Arijit’s views about this song? Do share your views with us in the comments section below!

1st Day Collections Of Shivaay & ADHM Are Out! We Didn’t Expect This To Happen!
Bigg Boss 10 Second Eviction! You Won’t Believe Who’s Evicted This Time