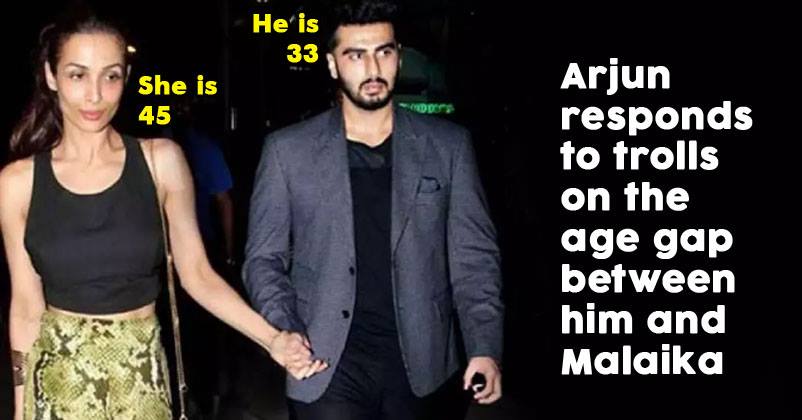 The age gap between partners has always been the “big issue” in Indian society. And Bollywood couples often land into controversy for dating or marrying someone too older to him or her. Even Abhishek Bachchan and Aishwarya Rai were not pardoned for their age gap.

Bollywood fans created a bigger ruckus for Saif Ali Khan and Kareena Kapoor marriage. Now the latest couple who has been the piece of grit for the so-called community leaders is Arjun Kapoor and Malaika Arora. The couple has been dating for a long time now and recently went public about their affair.

They are often attacked by fans about their age difference on social media as well as in the offline world. They usually get trolled and slammed for no particular reasons.

Recently Arjun clarified what he thinks about trollers. In an interview said that these people don’t matter to him and their judgment is of no value. He added that he doesn’t even want to justify anything to the people who are of no importance to him or Malaika.

Arjun and Malaika came out in the open at the premiere of India’s Most Wanted. However, rumors about their marriage have already been making rounds, but none of them have opened about these gossips yet.

Hrithik Roshan Is Being Paid This Huge Amount For His Next Film
ICC Asks BCCI To Remove Military Marks From Dhoni’s Gloves For the World Cup, Twitter Is Not Happy