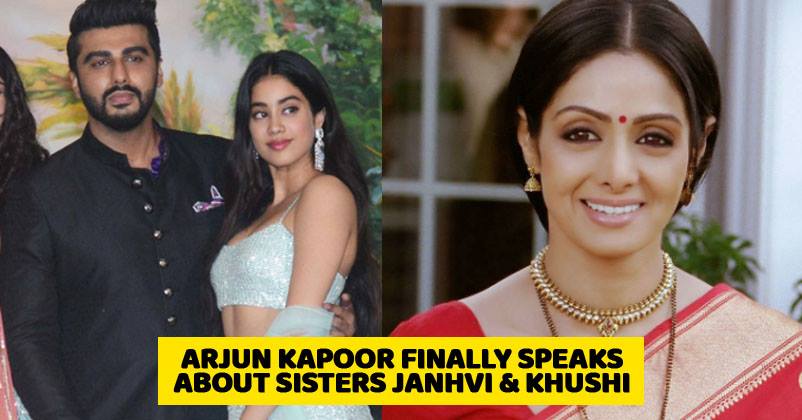 A lot has changed in the lives of Arjun Kapoor, his sister Anshula, father Boney and half-sisters Janhvi and Khushi after the veteran actress Sridevi left this world all of a sudden due to accidental drowning in Dubai where she went to attend the wedding of her nephew.

There is no denying the fact that Arjun and Sridevi didn’t share cordial relations for obvious reasons but the way Arjun has managed his father and half-sisters and became a pillar of strength for the whole family deserves to be applauded. 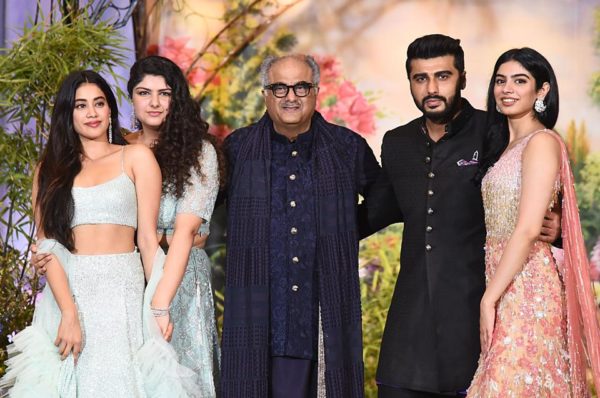 Not only he and Anshula provided emotional support to Boney, Janhvi and Khushi but also made sure that there is no negativity around them.

Before the trailer of Janhvi’s upcoming movie “Dhadak” was launched, Arjun posted a heartfelt message for her on social media and a part of the message read, “Firstly, sorry I’m not there in Mumbai but I’m by your side, don’t worry (sic).”

This earned him more respect as a big brother and recently in an interview with Hindustan Times, the actor shared how much their lives and relationships have changed after Sridevi left the world.

On the question of his heart-touching message for Janhvi that created a lot of buzz, the actor said,

“It’s difficult for me to give a one-off reply, or in a ‘by the way’ manner. I actually need a lot of time to process what has happened. But I just did what I felt impulsively at that point. Between me and my sister (Anshula), we felt that it was the right thing to do. Also, it all happened after we consulted my maasi (maternal aunt), because I’ll always need her consent [for certain things] for her to be fine about our actions.”

When Arjun was asked whether his family, especially father Boney Kapoor, is pleased by the message, he stated,

“Honestly, we’re still figuring things out and picking up the pieces. I’m a really emotional person, so my emotions do come out [especially on social media]. So, you can say that my protective side comes around in those moments. I’ll continue to be that way as a brother and as somebody who’s always looking out for their best interest. But I still don’t have answers to a lot of things. Too much has happened and I wouldn’t wish these things even on my worst enemies. I’ve experienced it first-hand, so if I encompass everything in one answer, it would make the matter very small.”

The actor was questioned whether he thinks that doing such things will give people around him, particularly his half-sisters, strength and vigor and here’s what he replied,

“Maybe, when the time is right, and when I’m able to articulate my feelings better and give it some kind of shape, I’ll talk about it in detail. But right now, there are too many emotions to feel. Also, as somebody who has always been extremely close to his father, I want Janhvi and Khushi to be absolutely okay as much as I would want Anshula to be fine. But the things that have led us to these circumstances are extremely tragic; that’s why I need some more time to figure out what life holds [for us].”

Talking about how mature and sensible his half-sisters are and how well they have managed themselves, Arjun said,

“Yes, they’re very nice, sensible kids, maybe more than me, too (smiles). There’s a lot of dignity and grace in the way they’ve conducted themselves. In a way, I think my father is also relieved that they both are such sorted kids, as that could have been the toughest thing in such a situation. For me, there are no rights and wrongs in this [because] it’s all still a blur, as a lot has happened. When I come to terms with it myself, I will be able to answer it better.”

He further expressed his happiness and excitement over Janhvi’s debut movie “Dhadak”. At the same time, he also mentioned that Janhvi is very inquisitive and ready to learn new things. In his words,

“I’m looking forward to watching Dhadak, and I’m very happy that people have reacted so positively to the trailer and also [to] Janhvi. She has started doing her [promotional] interviews, and she was at home a few days back to discuss how I went about my interviews during Ishaqzaade (2012; his debut film). She is a very inquisitive child that way, who’s learning how to go about things. This is a good time for her to focus on work.”

What an ideal big brother he is! What do you think?

What If Ranbir Kapoor Was Not Playing Sanju? Which Other Actor Would Have Fit In?
Top 10 Bollywood Songs From The First Half Of 2018 With Maximum Views On Youtube