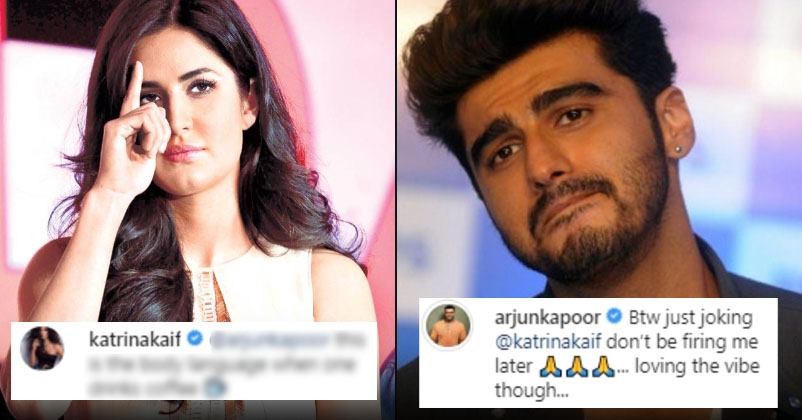 Bollywood actor Arjun Kapoor may have been finding it difficult to give superhit movies but he is an expert in making some classy comments on the Instagram posts of his colleagues. Arjun and Katrina Kaif share a good camaraderie and they don’t mind having some fun at each other’s expense.

Recently, the “Bharat” actress took to Instagram and posted a beautiful pic of herself with a coffee mug emoji. 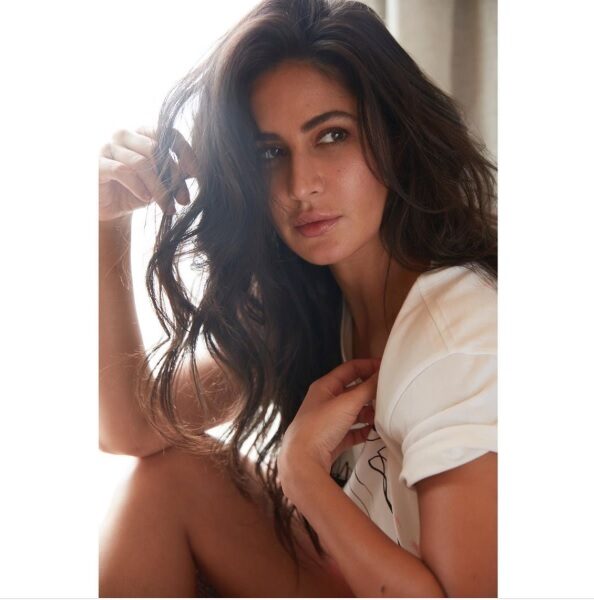 Katrina shared it with an emoji:

It was certainly more than enough for Arjun to react and he commented, “The emoji has nothing to do with the picture Katrina… is that a clue for Karan to join u for Koffee on Takht.”

However, Katrina was in no mood to let Arjun have all the fun so she also replied in a classy manner. The “Zero” actress wrote, “@arjunkapoor this is the body language when one drinks coffee.”

Arjun felt that Katrina might not have liked his comment and in reply, he asked her not to fire him later. His comment read, “Btw just joking @katrinakaif don’t be firing me later… loving the vibe though….”

This is not the first time that these two have interacted on Instagram. Earlier Arjun shared a video of his movie “Finding Fanny” as it completed 5 years:

To this, Katrina wrote, “Look at you”.

In response, Arjun commented, “Ummm that would be ideal”.

On the work front, Katrina is busy with Rohit Shetty’s “Sooryavanshi” while Arjun will be seen next in Ashutosh Gowarikar’s “Panipat”.