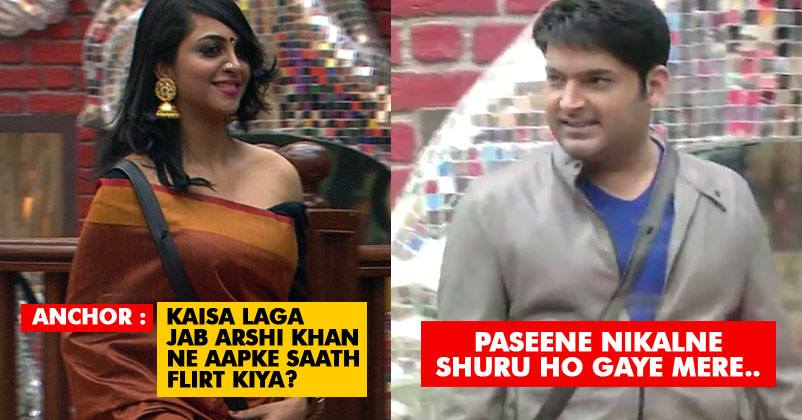 Saturday’s episode of Bigg Boss was very interesting. Kapil Sharma came on the sets for the promotion of his upcoming movie Firangi. It was glad to see him back on TV after a long long time.

He has promoted Firangi in many cities, shows and also on other channels. Bigg Boss plus Kapil Sharma was a total dhamaal for viewers.

He didn’t only promote his movie on the show, but also entertained everyone with the “Kick game”. Yes, he introduced a new game for everyone, in which, contestants had to kick the mask of the most hated one in the house. 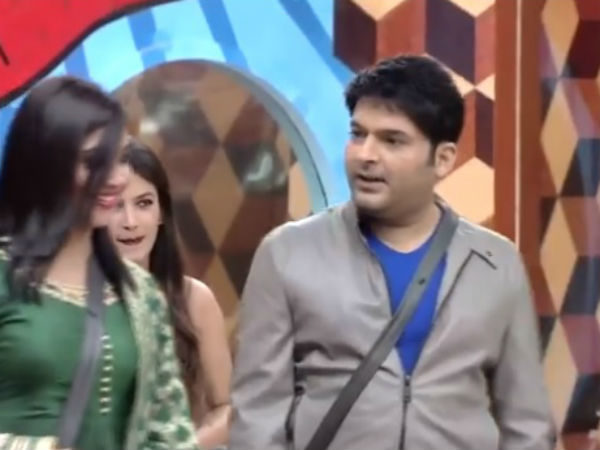 No doubt, even Kapil had immense fun on the show; however, he made a startling revelation and we are in splits after hearing that.

Well, he went on to talk about Arshi Khan, the most bold and controversial contestant on BB 11. Whenever we talk about Arshi, the first thing that comes to our mind is her flirtatious nature.

Kapil Sharma revealed how Arshi Khan tried flirting with him and how he got uncomfortable. In his words, he said that “Paseene Chhuth Gaye”. Yes, in an interview, he revealed how he gets nervous when someone gets flirty with him. He laughed off and said that he is very confident when he is flirting with someone.

Watch the video below to enjoy his reaction…

Haha, never knew that Kapil is so shy. Got to see a totally new side of him.