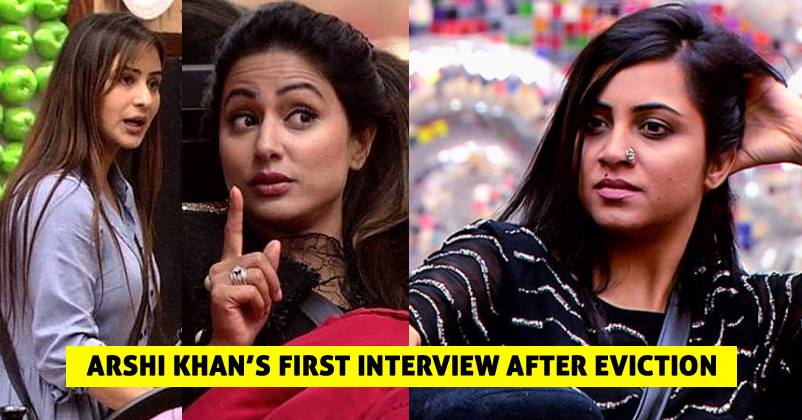 Arshi Khan definitely entertained us a lot in the house and her eviction came as a shocker to all of us. Instead of Sunday, Arshi was eliminated on Saturday and all her fans were disheartened.

Arshi herself is very disappointed with her eviction as she believed that Luv and Aakash should have gone before her. Everyone used to call her Arshi Begum and she gave a tough fight in the house. 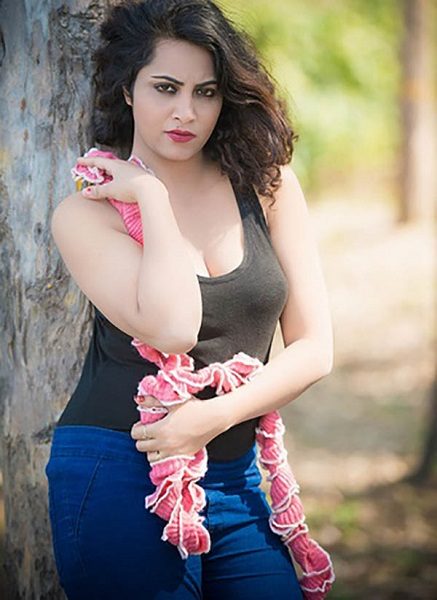 After eviction, she gave an interview to Hindustan times and revealed many things. Arshi even talked about the allegations made by Gehna Vashishth and also talked about her court cases.

For Arshi, the nomination was surely an unfair decision. She said,

“I really don’t understand if I was so popular and driving force of the house then how could I not receive votes? It was unexpected. I even told the makers of the show and Salman Khan the same thing”

Talking about the allegations made by Gehana, Arshi said,

“I have also heard about this model-actor (Gehana Vasisth) from Bhopal who spoke a lot about me (especially my age and marital status), but I don’t know her at all. How can she say all these things about me? I think she is just trying to cash in on my popularity.”

Arshi clarified about her court cases and said,

“All these are my past and I have clarified a few things while inside the house. Also I don’t care what happened earlier, for me the present moment matters. Main bindass rahti hoon. What you read about me can be made up but then India saw me live on Bigg Boss and they now know the kind of person I am.”

Just like Hiten, even Arshi said that Hina is fake and is always seen lying on the bed. She even said that Shilpa is fake too.

Talking about the players in the game, Arshi said,

“Hina was playing the game well before but now she is not and is mostly seen in her bed relaxing. Shilpa is also good, rest we don’t even consider as players, especially Puneesh and Akash. But then agar main vote out ho sakti hoon toh koi bhi Bigg Boss jeet sakta hain.”

Arshi said she will party with Bandgi, Ben and Sabyasachi now that she is out. Moreover, she will look for some projects in both films and TV.

Her first video after eviction is out and in that, Arshi is crying a lot. This video is dedicated to Vikas Gupta and looks as if she is missing him a lot. Watch it;

Well, Arshi has made many revelations about the contestants. Did you enjoy her interview?