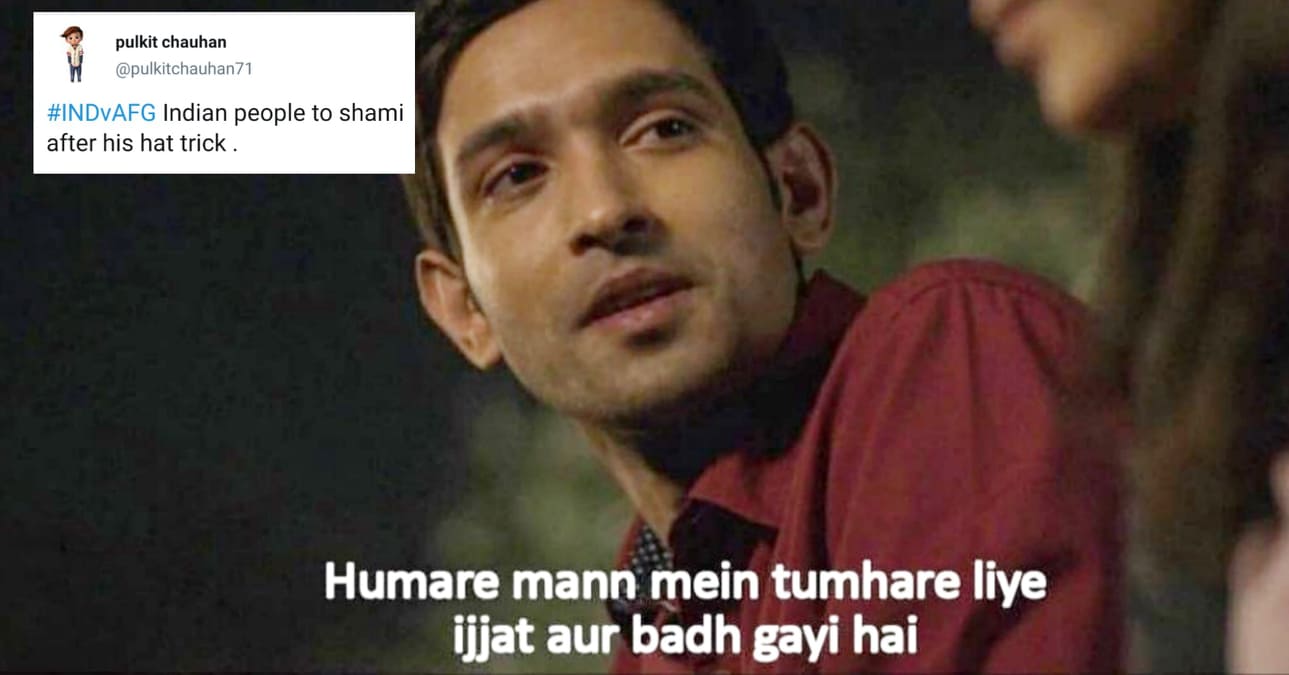 Yesterday’s match was thrilling, India was battling Afghanistan and it had a nail-biting finish. India defeated Afghanistan by 11 runs and to be honest we were in a tight spot. With the loss of s Rohit Sharma and K L Rahul right in the start, everyone was shaken. Virat and Shoni did come to rescue but still, India was restricted to 224-8 in the 50 over match.

Afghanistan put on a tough chase and they won our love and respect. Desi’s appreciated the team to give the Indians a tough fight and they were admired all along. While the match was amazing, Shami emerged as a star. His hattrick will be legendary, Bumrah’s yorker and Shami’s hattrick lead India’s victory.

Soon, Netizens took to Twitter to praise both Afghanistan and Shami for their performance, have a look :

In the last over: #INDvAFG

*Shami replies with a hatrick*

Afghanistan team: we are going to win
Shami:#INDvAFG #Shami pic.twitter.com/TjJzzAPrTL

#INDvAFG Indian people to shami after his hat trick . pic.twitter.com/9L1LXE9U0W

They surely gave us a tough fight! Can’t wait to see how they perform next.