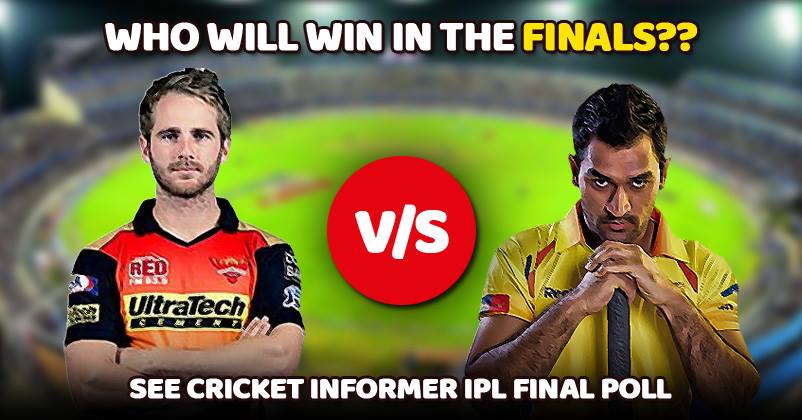 The excitement of cricket fans is on its highest level as the final match of IPL 2018 will be played today. The two teams that will compete against each other to win the trophy are MS Dhoni led Chennai Super Kings (CSK) and Sunrisers Hyderabad (SRH) led by Kane Williamson.

Just to inform, CSK & SRH faced each other in Qualifier 1 that took place on 22nd May in Mumbai’s Wankhede Stadium.

CSK won the match and became the first team to enter the finals while SRH got another chance to make it to the finals. SRH attained success by defeating KKR in the Qualifier 2 that took place on May 25 at Eden Gardens, Kolkata.

The final match will be played at Wankhede Stadium, Mumbai, today and fans are praying for the victory of their favourite team.

Cricket Informer, a famous cricket handle, conducted a poll on the micro-blogging site Twitter and asked fans which of the two teams will win the IPL trophy this year. 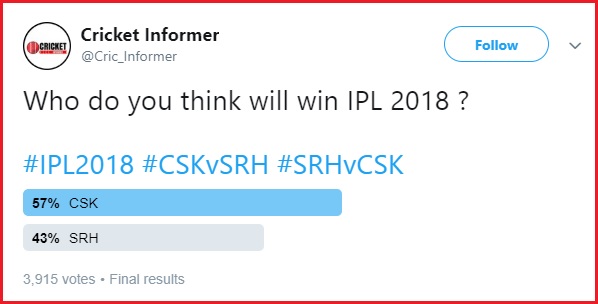 Even though the difference is less, CSK has got more votes, i.e., 57%, while 43% people think that SRH will win the tournament. 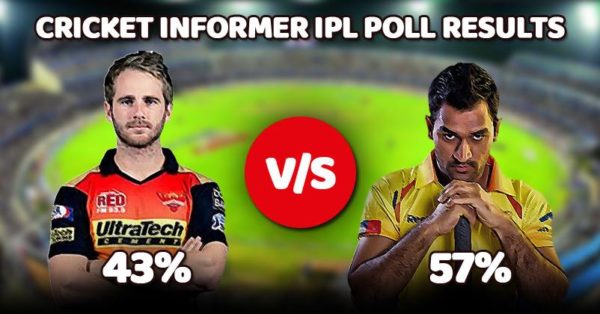 Interestingly, Cricket Informer earlier also conducted a poll in which fans extended their support to CSK only. This shows that fans have immense love for Dhoni’s team and that’s why, CSK is getting the maximum number of votes every time.

Do you also think that CSK will take the trophy home? Let us know!

What Rashid Khan Did With His Man Of The Match Award Has Won Our Hearts
Journalist Asked Dhoni Why He Didn’t Use Harbhajan. His Answer Made Everyone Laugh