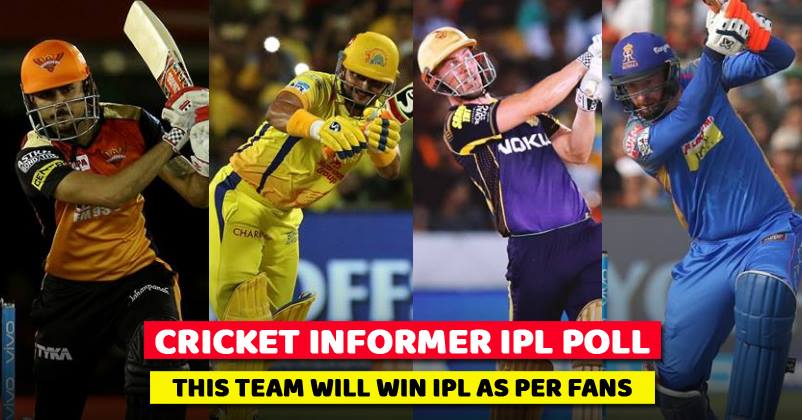 Time definitely flies so fast! Fans couldn’t have enough of IPL 2018 and the tournament has reached its last week. Indeed, some of the teams with which people had great expectations couldn’t make it to play-off; for instance, Rohit Sharma led Mumbai Indians (MI).

In Qualifier 1, the top 2 teams CSK & SRH will face each other on May 22 on Mumbai’s Wankhede Stadium. The winner team will play in the final match while the one that lost will get another chance.

The winners of Qualifier 1 and Qualifier 2 will compete for the IPL trophy on May 27 at Wankhede Stadium, Mumbai. The knockout matches will start at 7PM IST, an hour early before the original schedule, i.e., 8 PM IST.

Cricket Informer, which is one of the most popular cricket handles on Twitter, conducted a poll and asked fans which team will win the IPL trophy this season. 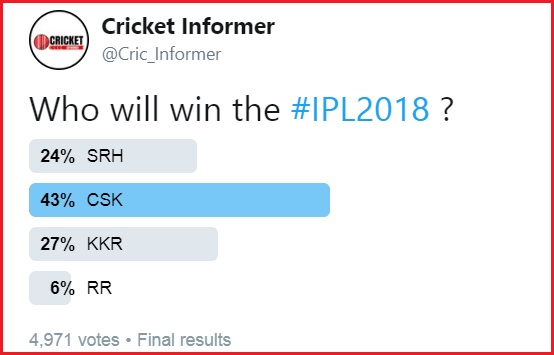 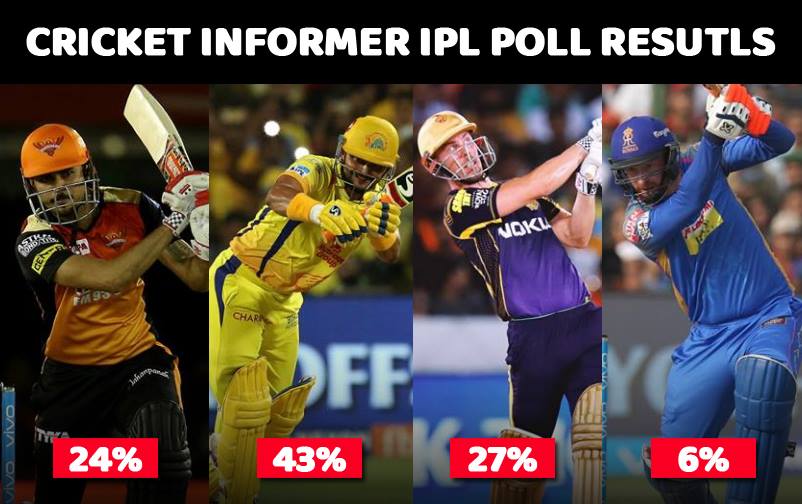 This is a remarkable achievement for Dhoni led CSK taking into consideration the fact that the team has made a comeback after 2 years of ban.

Do you also think that CSK will win? Let us know which team you want to win.

Watch: Cheerleader Said F*** As Hardik Pandya Got Out Too Soon In MI Vs DD Match
Shreyas Iyer Flipped The Toss And It Went Wrong. Even Dhoni Couldn’t Stop His Laughter