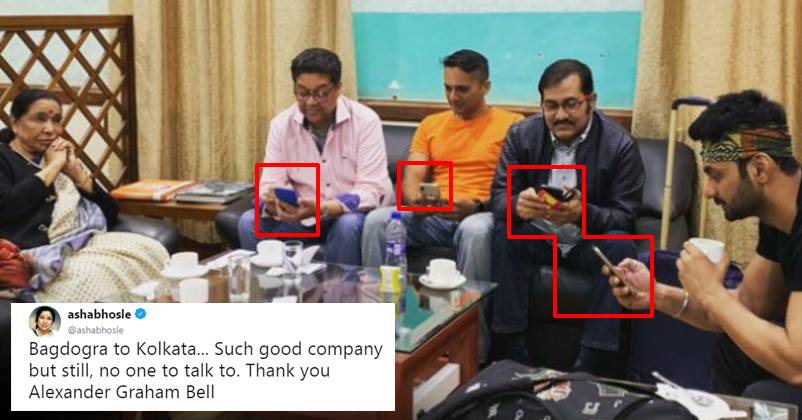 Mobile phones have become an integral part of our lives but now it seems that they are affecting us more in a negative manner rather than in a constructive way.

The first thing that we check after getting up in the morning is our mobile and then all day till we go to sleep, we are busy with our phones, either talking or chatting with someone, surfing social media or playing games. In fact, it won’t be wrong to say that some people just can’t live without their mobile phones even for a minute and this condition has been named as mobile addiction by the doctors.

Legendary singer Asha Bhosle also expressed her unhappiness regarding the excessive use of mobile phones when she recently took to the micro-blogging site Twitter and posted a photo.

In the pic, she is seen sitting in a waiting room with other people including Bollywood singers Sudesh Bhosle and Siddhant Bhosle. 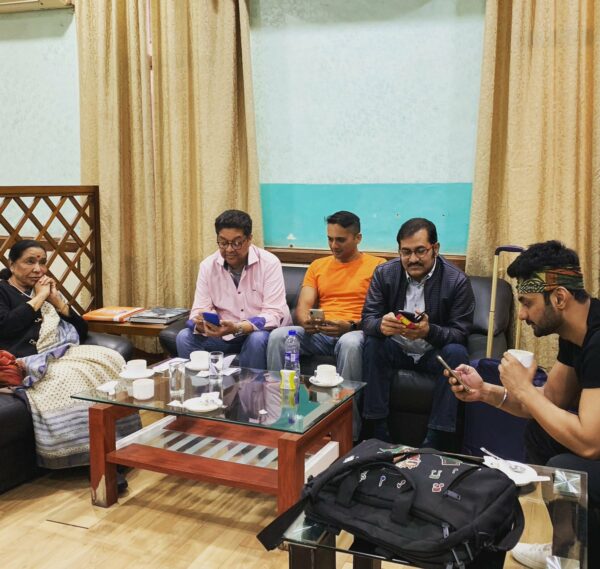 If you see the photo, you can find everyone busy with their mobile phones while Asha Ji is the only one who is not using a mobile or tablet. The caption that she wrote while sharing the image is,

“Bagdogra to Kolkata… Such good company but still, no one to talk to. Thank you Alexander Graham Bell”

Bagdogra to Kolkata… Such good company but still, no one to talk to. Thank you Alexander Graham Bell pic.twitter.com/PCH92kO1Fs

Twitterati soon joined her and started expressing their displeasure on the excess use of mobile phones because of which people have lost personal touch in communication. Here are some selected reactions:

This is a classic shot. So true, and somewhat sad.

Technology was made to be used by people, and technology is using the people these day's.

Something that has been invented to strengthen the communication, has been changed into the 'cause of emotional disconnect'.
This is the common situation at many places these days.
😒😔

These guys did not realize they r in front of an artist india has ever produced. What a shame. Regards to u.

First time AshaTai says something which isn't Music to ears..
This is the real pain to be alone in spite of being in company😐

How is it even possible for these ppl to sink into their phones, when India's most versatile singer is in their midst!
They were probably "dumb" founded in your presence. Lots of respects to you Maam..🙏

Sad Reality of today's society
We find it easy chatting rather than talking to people next to us.

This is such a bitter truth of today Asha ji and really very sad.
Very truly said …so many people around yet no one to talk to…!!!!
I would go crazyyy and completely nuts if I even get a glimpse of you in my life 🙏💝💝🌹

Yes, that is the reality of present time! Even in homes, one can find such scenes. Millions of people have tons of friends to chat but only on social platforms.

Well, this is indeed a bitter truth of the present times and people definitely need to improve this habit of being more engaged with their phones in place of people around them. What do you say?

Video Of Deepak Kalal Being Attacked Goes Viral, He’s Crying And Begging For Mercy In The Video
These 11 Pics Of Jacques Kallis & His Wife Charlene Proves They Are Made For Each Other