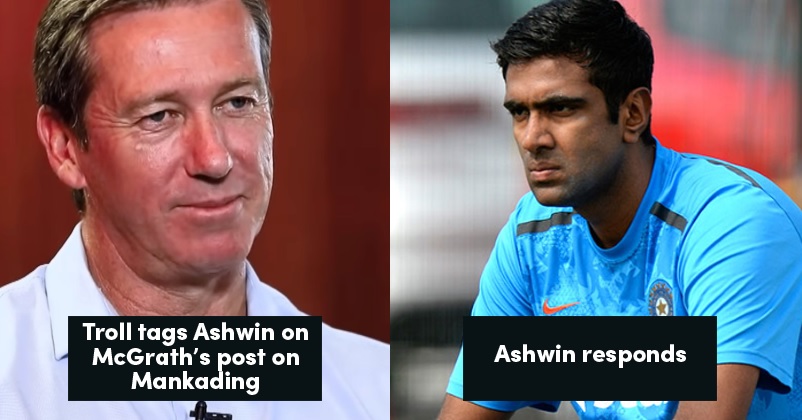 Ravichandran Ashwin is pretty active on social media networks during this phase of lockdown as he is leaving no stone unturned in making his fans and followers understand that staying at home is the best option available if they want to save themselves from coronavirus. Ashwin has become a favourite target of trollers after the he mankaded Jos Buttler in an IPL match which was played between Kings XI Punjab (KXIP) and Rajasthan Royals (RR). 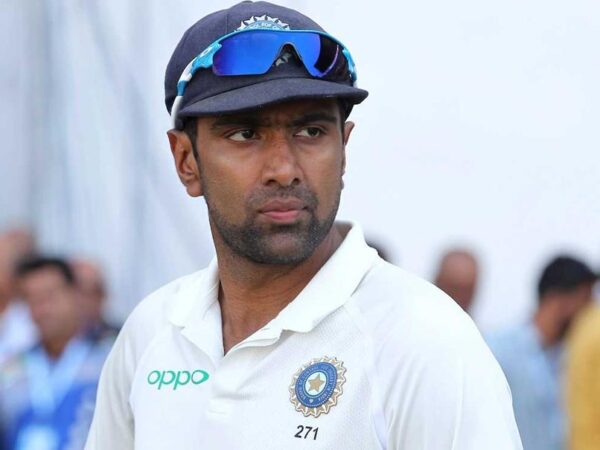 Recently, one troller tried to take his attention towards the answer that the former Australian bowler Glenn McGrath gave in response to a question regarding mankading. The Australian great was asked whether he will mankad a batsman in a World Cup final if only last wicket is remaining and the opposition needs only 2 runs to win. Glenn McGrath replied in negative and the troller tagged Ashwin in the tweet in which Glenn’s answer was posted.

Ashwin is not one of those who like to remain silent so he also gives a perfect reply to that online user by praising Glenn McGrath and calling him one of the greatest bowlers of all times. Ashwin says that he respects Glenn McGrath’s answer but at one fell swoop, he also adds that the latter’s answer may not be the only right answer to the question. 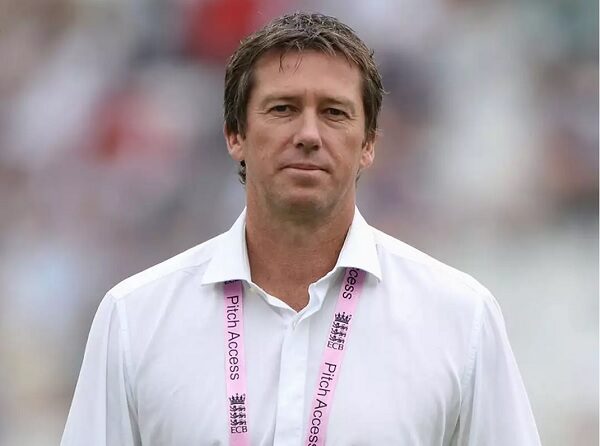 Here is what Ashwin tweeted:

“Dear sir, Glen McGrath is one of the greatest bowlers to have played the game and I greatly respect his answer for the question but to tell me that it’s the only right answer is wrong on your part”.

Dear sir, Glen McGrath is one of the greatest bowlers to have played the game and I greatly respect his answer for the question but to tell me that it’s the only right answer is wrong on your part. 🙏 https://t.co/y9dKAZkOXP

Ravi Ashwin was slammed heavily by some cricket lovers and former cricketers as well when he mankaded Rajasthan Royals batsman Jos Buttler in a match which was played in IPL 2019. At that time, Ravi Ashwin was the captain of Kings XI Punjab and he maintained that whatever he did was absolutely correct as it was within the framework of the laws of the game. What’s more, he also said that he will do it again if he gets the chance.

Since then, Ashwin has been trolled many times by haters but the Indian spinner has always stood his ground and has never shied from indulging in an online banter with regard to the same. In fact when one of his fans asked him to avoid such haters, Ashwin said that such people gave him material for online banters.

Seriously they give me material for banter on twitter😀

Ashwin has been released by Kings XI Punjab and now he is a member of Chennai Super Kings (CSK) but IPL 2020 has been postponed indefinitely as the whole country is under lockdown till May 3 due to the coronavirus pandemic.