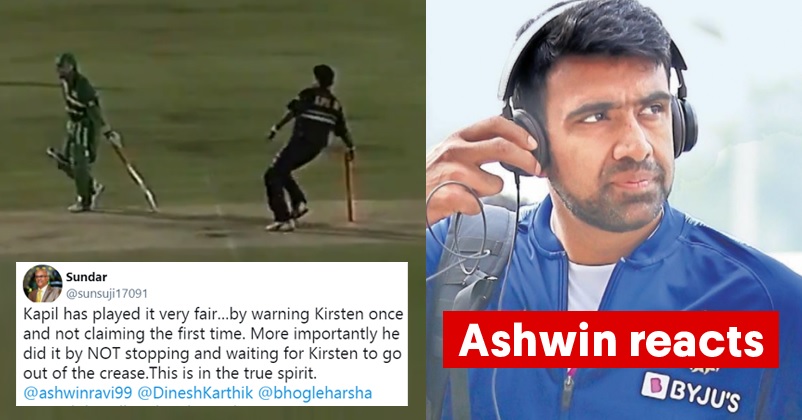 The Indian spinner Ravichandran Ashwin is all set to face the England team in the 5-match test series as he took 6 wickets for Surrey in a county game against Somerset. In the 15 overs that he bowled, Ashwin gave only 27 runs and it won’t be wrong to say that if he performs in the same manner against England, India will have pretty good chances of winning the series. 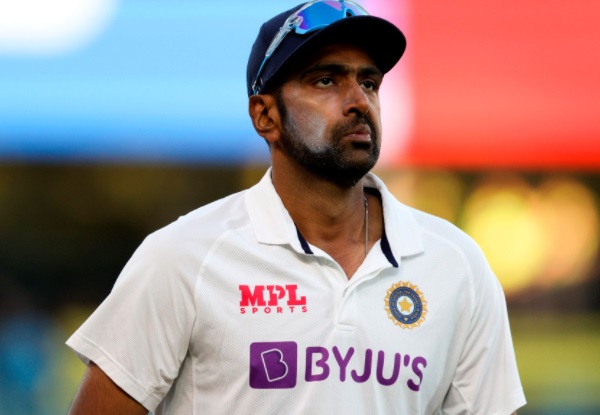 R Ashwin is very active on the social media networks and recently an online user once again brought up the topic of mankading on Twitter. If you remember, during an IPL match between Rajasthan Royals and Kings XI Punjab (now Punjab Kings), Ravichandran Ashwin (the then skipper of KXIP) mankaded Jos Buttler as he went out of the crease (non-striker end) even before the bowler (Ashwin) threw the ball.

Many people including former cricketers slammed R Ashwin for going against the sportsman spirit while some defended his move. However, the criticism has had no effect on the Tamil Nadu cricketer and he has made it clear to everyone that he has done nothing which is against the laws of the game so he will certainly repeat it if he gets a chance.

Every One Know that Kapil Dev ManKaded Peter Kirsten in Tour Of South Africa 1992-93 & @therealkapildev looks angry after that. But Not many knew that He Warned Kirsten In Game 1 that's why he Out him in Game 2 & show his aggression on batsmen.
There is a footage from both Games. pic.twitter.com/Sz4xfc065N

The online user stated that Kapil Dev was fair as he warned Kirsten first and then got him out when he repeated the act. He added that Kapil Dev didn’t stop for mankading Kirsten and he also didn’t wait for him to go out of the crease.

Kapil has played it very fair…by warning Kirsten once and not claiming the first time. More importantly he did it by NOT stopping and waiting for Kirsten to go out of the crease.This is in the true spirit. @ashwinravi99 @DineshKarthik @bhogleharsha @vijaylokapally @kartikmurali

The online user tagged Ashwin and some others including Dinesh Karthik, Harsha Bhogle, etc. in his tweet. The Indian spinner R Ashwin also didn’t take much time in responding and made it clear that he would do it again if the batsman leaves the crease. He also takes a jibe at the online user, saying that he (Ashwin) will certainly take permission from him before doing so and also requests him not to tell his (Ashwin) parents about it.

R Ashwin’s reply read, “I would do it again if a batsman goes out of the crease. I would also like to seek your permission to do the same cos if a bowler needs to run a batter out that way, he/she needs to premeditate the same and hopefully you will approve of the same and not tell my parents about it.”

I would do it again if a batsmen goes out of the crease. I would also like to seek your permission to do the same cos if a bowler needs to run a batter out that way, he/she needs to premeditate the same and hopefully you will approve of the same and not tell my parents about it. https://t.co/tGbMZuQFXc

Rohit Sharma Reminds Dinesh Karthik, “You Still Have Some Cricket Left” On His Post, DK Responds
UP Police’s Tweet On Importance Of Wearing Mask During COVID-19 Pandemic Is Bang On