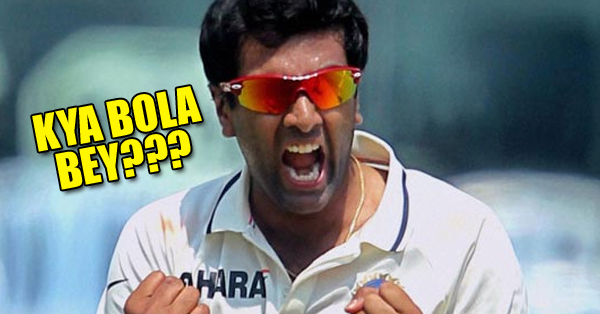 Ravichandran Ashwin is presently India’s Lead Spinner. He is having a fabulous year of 2015 where he grabbed a couple of Man of Series awards with his bowling performances. He was the key person for India’s series victories against Sri Lanka and South Africa with 62 wickets in 9 test matches he played this year. Ashwin is also the leading wicket taker of 2015 in the world.

Despite the brilliant performances, critics will always have one or the other point especially when it comes to Indian Cricket Team. Similar thing happened to Ravi Ashwin , critic claimed that Ashwin can only bowl in home grounds i.e in Asia and is inefficient in the foreign grounds or outside the subcontinent.

As we all know Ashwin is a straightforward person and he gave it back to the critic in his own style. However the critic deleted his tweet as soon as Ashwin gave an aggressive reply, which he will remember for his whole life.

The Fan tweeted : “you can show your performance only in Asia … Foreign condition you are waste there are many bowlers perform more that u”

Translation : Go and focus on getting your kids educated instead of worrying about me, did I ask your permission before deciding to take up cricket??

I Bet You Can’t Even Guess What Amount Team Pune Offered To Dhoni To Play For It
ODI & T20 Team India Announced For Australian Tour – Check Out If Yuvraj Is In Or Not?