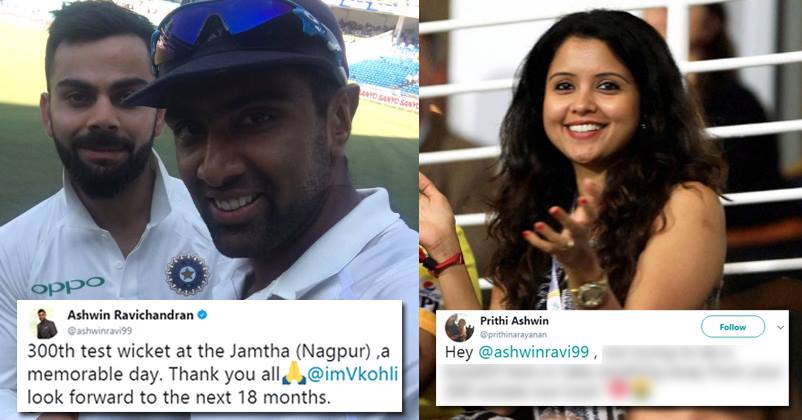 India has taken a lead of 1-0 in the India-Sri Lanka series by defeating Sri Lanka in the second test match by an innings and 239 runs in Nagpur.

The Indian batsmen gave a superb performance and later on, the Indian bowlers did the needful and once again, Indian spinner Ravichandran Ashwin (31) played an important part in the team’s victory. He also broke a record of Dennis Lillee to become the fastest bowler to take 300 wickets in test matches. 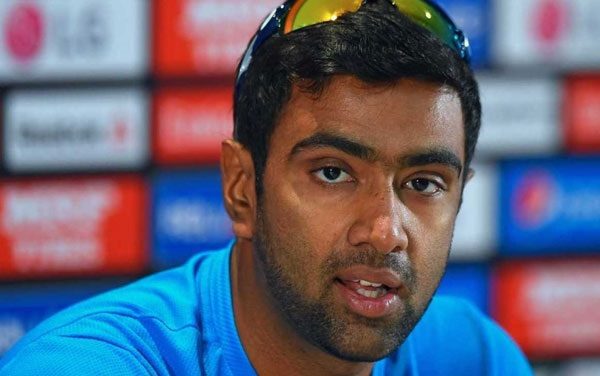 “I want to congratulate him (Ashwin). It’s a big achievement as getting 300 Test wickets is not an easy job. Definitely, he is the best spinner in the world at the moment.”

Being called the best spinner in the world at the moment by Muralitharan himself must have meant a lot for Ashwin and it was certainly a time to celebrate.

The off-spinner made a tweet in which he shared a selfie with Indian skipper Virat Kohli, talked about his achievement and thanked all. 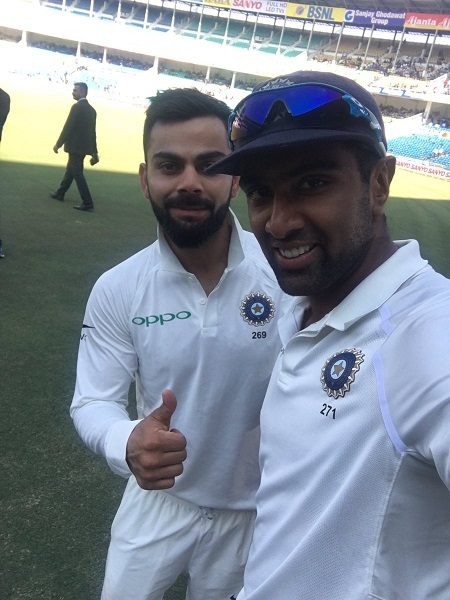 He tweeted, “300th test wicket at the Jamtha (Nagpur) ,a memorable day. Thank you all @imVkohli look forward to the next 18 months.”

300th test wicket at the Jamtha (Nagpur) ,a memorable day. Thank you all🙏@imVkohli look forward to the next 18 months. pic.twitter.com/hjtdVXndSI

Twitter was all praise for the Indian off-spinner & congratulatory messages outpoured. Here are few selected tweets:

Feel so proud of our #TeamIndia players. Yet another outstanding performance from @imVkohli , @mvj888 , @ImRo45.. and @ashwinravi99 cleaning up with those 300 wickets. Well done, guys! pic.twitter.com/3qbXhrHH6f

Congratulations Ashwin on a win and a record achievements .It will be a tough task for the proteas too to face u

However, the limelight was stolen by Ashwin’s wife Prithi when she tweeted, “Hey @ashwinravi99 , not trying to be a buzzkill here or take anything away from your 300 wickets but look!”

Hey @ashwinravi99 , not trying to be a buzzkill here or take anything away from your 300 wickets but look! 💔😂 https://t.co/NF9tSActtX 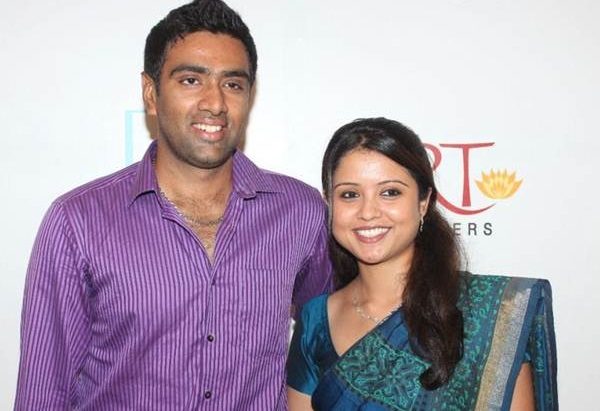 She tweeted about engagement of Prince Harry with Meghan Merkle, which was the most trending news on Monday. Twitterati also enjoyed the trolling of husband by his wife:

That was an epic moment, wasn’t it?

Virat & Anushka Rocked The Dance Floor At Zaheer Khan’s Wedding. Their Dance Is Going Viral
Fan Asked Maria Sharapova, “Will You Marry Me?” Her Reply Won Hearts Of Netizens