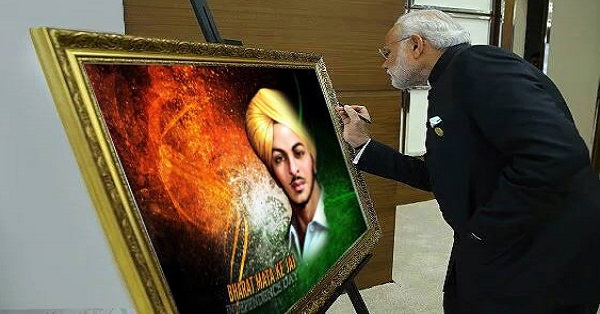 India’s Prime Minister Narendra Modi is very well known for his Popularity both on National Media and Social Media. There isn’t a day where PM is off the news. He is often been criticised for travelling different countries. He is also one of the best targets for social media trolls. So we posted a pic of Modi and asked RVCJ users to edit the pic and show their photoshop skills.

Users were very much engaged in editing the pic as the post got more than 850 likes and 450 comments. Here are 11 Best Edits from the post.

Caption: As simple as That Caption: Hoping for some appreciations. Continue Reading
You may also like...
Related Topics:Best Captions, comments, Edits, Facebook, Here Are The Best Edits That Will Make Your Day..!!, Modi, Narendra Modi, Photoshop, RVCJ, We Asked Users To Edit A Pic Of Narendra Modi