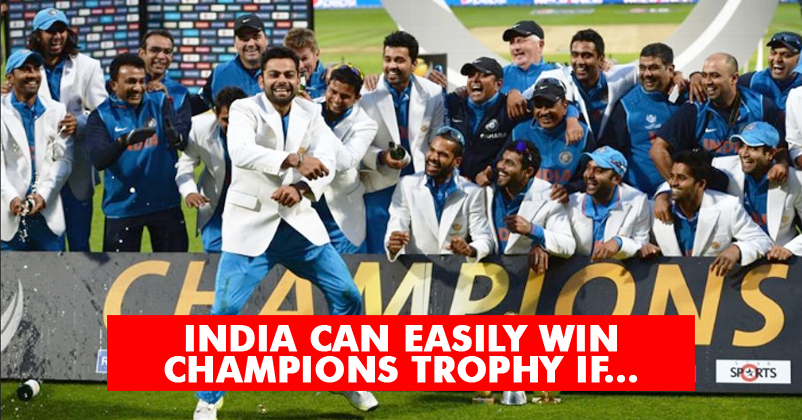 There is an immense excitement among countrymen just before the start of ICC Champions Trophy. Everyone is keeping their fingers crossed and wants India to win.

When there is this kind of craze, predictions are bound to happen. However, all is well for Team India as far as predictions of a scientific Astrologer are concerned.

As per astrological predictions, team India stands a great chance to win the Champions Trophy, if they manage to overcome two tough opponents. The extraordinary horoscope of Captain Virat Kohli makes team India a force to reckon with. Delhi-born Virat has Uranus, Mars, Planet-X (2007 RH283) and Planet Z (2008 FC76) in exaltation. Virat can win at least 1 ICC trophy in his career. His combination with Anil Kumble is said to be another amazing factor. On the other side, Kumble has a great birth chart too. He has some karmic quota of success left in him even after an excessively successful International career; this is once again going to be beneficial for team India.

Talking about the two opponents, India will have to take the challenge by South Africa & England very seriously this time.

As per predictions on Sportskeeda, for AB de Villiers, this could be his best and last chance to win an ICC trophy. South African coach Russell Domingo too enjoys a good chart which makes the team more challenging. The English team is another big hurdle for India. Eoin Morgan has it in him to be a great player of the game, specifically as a skipper. Trevor Bayliss has won only a few tournaments as a coach, but still has some karmic successes left in the tank.

Well, this has just got even more interesting. What do you think?

Virat Gave An Amazing Response When Reporter Asked Him About His Biopic! Watch This Video!
Is This Player The Reason Behind Bitter Relation Of Kohli & Kumble? BCCI Finally Breaks Silence!