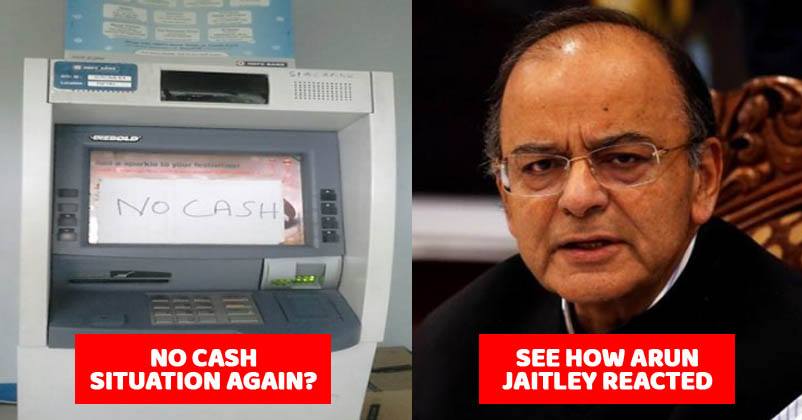 Around one and half years after the demonetisation in 2016, the country is still struggling with the cash availability. 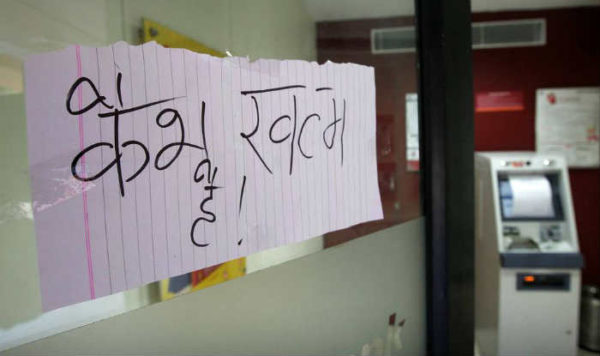 Reportedly, the ATM’s and Banks in many states of the country have dried down or have gone extremely low on cash. The country seems to have been hit by cash crunch because people who are looking to withdraw their money have to return back disappointed.

The situation has created a fear like situation among people as they are not able to complete their daily expenses.

Meanwhile, the Finance Minister, Arun Jaitley has tweeted that there is no cash crunch and more than adequate amount of cash is in circulation. He tweeted-

Have reviewed the currency situation in the country. Over all there is more than adequate currency in circulation and also available with the Banks. The temporary shortage caused by ‘sudden and unusual increase’ in some areas is being tackled quickly.

Have reviewed the currency situation in the country. Over all there is more than adequate currency in circulation and also available with the Banks. The temporary shortage caused by ‘sudden and unusual increase’ in some areas is being tackled quickly.

S.C Garg, Economic Affairs Secretary also spoke about the matter and said that the lack of cash has happened because of increase in demand from people.

As per Business Standard, he said that as opposed to an average demand of about Rs 20,000 crore a month, “in the first 13 days of April itself there was a demand of Rs 45,000 crore. In the last few days we have pumped cash into the system to meet the demand. We still have a reserve of Rs 1.75 lakh crore”

“There is no cash crunch in the country. There is around Rs 18 lakh crore currency supply now, which is close to the circulation during the demonetisation period. We keep Rs 2.5-3 lakh more currency in stock for excess demand.”

As per India Today- Assam, Andhra Pradesh, Telangana, Karnataka, Maharashtra, Rajasthan, Uttar Pradesh and Madhya Pradesh are the most affected states. RBI sources have said that “higher than normal withdrawal of cash” in these states have led to acute shortage of cash. 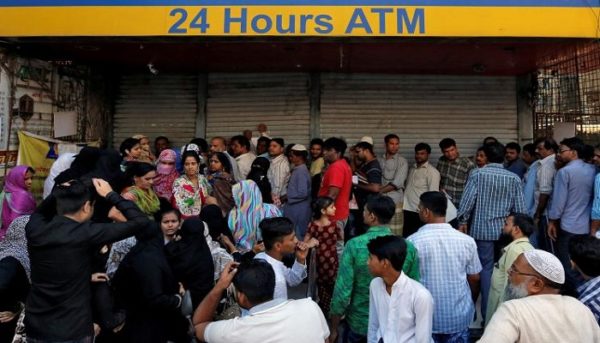 The government sources have told that occurrence of various festivals like Baisakhi, Bihu and other harvest festivals which also mark the lunar new year recently might have pushed the demand for cash in the affected states.

Minister of State for Finance Shiv Pratap Shukla has also talked about the matter and has accepted that the cash crunch is there. He said that it has happened due to an imbalanced distribution of cash across the states.

“We have cash currency of Rs.1,25,000 crores right now. There is one problem that some states have less currency and others have more. The government has formed a state-wise committee and RBI also formed a committee to transfer currency from one state to other. It will be done in three days.”

Continue Reading
You may also like...
Related Topics:Cash Crunch, India

49 Retired Civil Servants Held PM Modi Responsible For Kathua & Unnao Cases, Asked Him To Apologise
RJ Naved’s Phone Call To Lawyer For Rape Of Small Girls. It Will Make You Cry For Sure