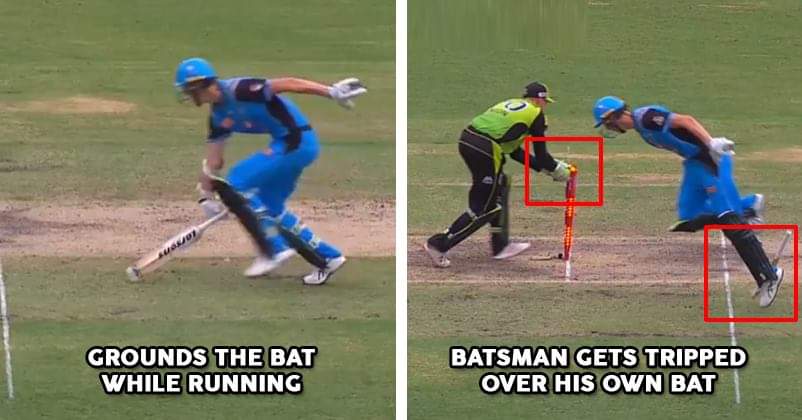 Cricket as we all know holds unexpected happenings throughout, like any other sports to be precise. Now, as we all know The Big Bash League is currently going on in Australia.

Recently, during the match between Adelaide Strikers and Sydney Thunder a run out caught everyone by surprise. Rather the batsman suffered such a funny run out that it will be remembered by all.

During this ongoing match, Australian cricketer Billy Stanlake, who was chasing the 169 target set by the opposite team, stumbled over his own bat, to create a hilarious run out for himself.

Just wait for the replay… 😂😂

In the seventeenth over, during the series, the last batsman started off with a great run but ended up falling, tripping over, after his bat touched the ground.

He scored well, but with the leg side ball thrown by Daniel Sams, he didn’t wanted to miss the opportunity of scoring more and ended up getting the opponent a wicket, more easily than ever. 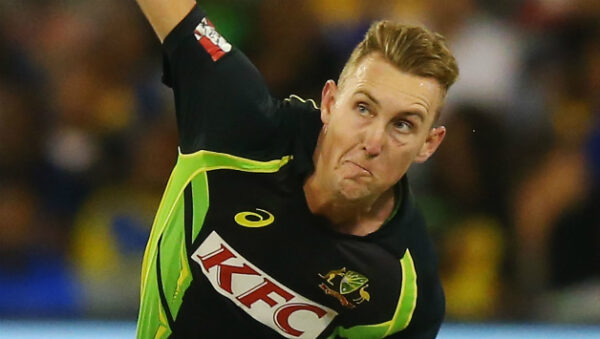 This game will be remembered and laughed over many, as Stanlake run himself out, and turned the match in their favor. Though Stanlake picked many wickets, they were already with a poor start and ended the match at 97.

Did you see the video? It is hilarious!

Sreesanth Spoke Up On Hardik Pandya Controversy & You Might Agree With Him
Twitter Said Dhoni Scolded Khaleel Ahmed & Called Him CHU**YA. See The Video & Decide Yourself