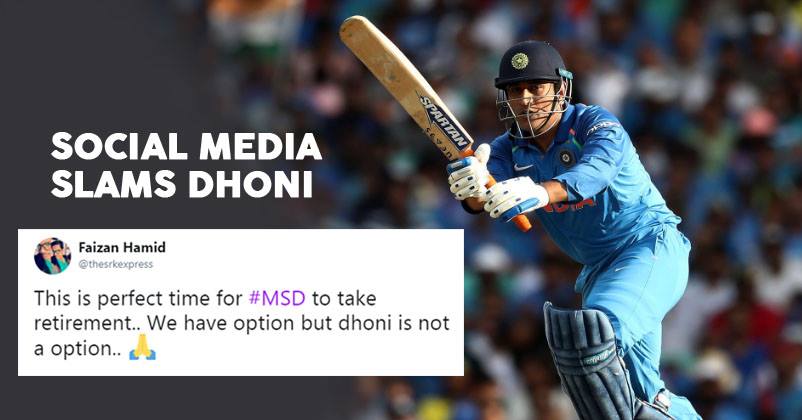 It was the first ODI today, and India lost to Australia by only 34 runs. The ODI series also saw the return of MS Dhoni and Indian fans were desperate to see Dhoni shine.

In fact, Dhoni also hit a fifty in the match and became the 5th player to have scored 10,000 runs in ODI series for India. 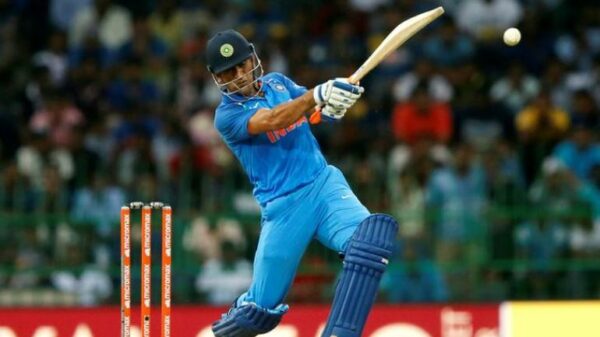 However, India lost the match and no matter how heartbreaking it was for us to endure, we still salute the men in blue.

But netizens aren’t too kind and were quick to play the blame game. They instantly started blaming Dhoni on Twitter for poor captaincy and some even said that his golden days may be over. Some are even claiming that it is time for him to retire.

However, we feel that Twitterati should mind their own business, and stop being so hard on Dhoni, the man whose achievements can certainly not be undermined.

Check out what some said:
1.

Dhoni is so bad that if he gets an LBW appeal given not out against him then India should review it.

What a 🐐 Dhoni is, scores a 50 in 98 balls and gets out knowing India needs to accelerate now.

Dhoni spending more time on ads than out batting these days.

#MSDhoni bro time to go bhai.your time is up i thought u will be 1st to admit it but cricket power or paise ka thoda nasha chad hi jataa hai

The only thing that was standing between India and victory was #MSDhoni’s awful innings! He’s clearly done for a while now and #Pant should take over his spot! #INDvsAUS #1stODI

Dhoni should take retirement timely without reducing his fans list.

This is perfect time for #MSD to take retirement.. We have option but dhoni is not a option.. 🙏#MSD#AusvInd

Dear MS Dhoni, It's Time To Say Goodbye To Limited Overs Cricket Too.
We Can't See You Struggling Again And Again.#Dhoni#INDvAUS

We urge fans to not be so judgmental of the man who raised the standard of Indian cricket to where it is. Give him time, and he will surely prove himself once again.