Deepika Padukone starrer Gehraiyaan which also stars Ananya Panday, Siddhant Chaturvedi and Dhairya Karwa in important roles has received mixed reactions from audiences. The movie got released on a streaming platform on 11th Feb 2022 and since then, it has always been in news for various reasons, while some including the former police commissioner of Bengaluru, Bhaskar Rao has a problem with the message conveyed by the movie, there are few who are not happy with the intimate scenes in the film. In simple words, Shakun Batra directed flick may not have been liked by all but it is certainly a topic of discussion among many; however recently, the moviemakers got trolled on the Internet for a completely different issue. 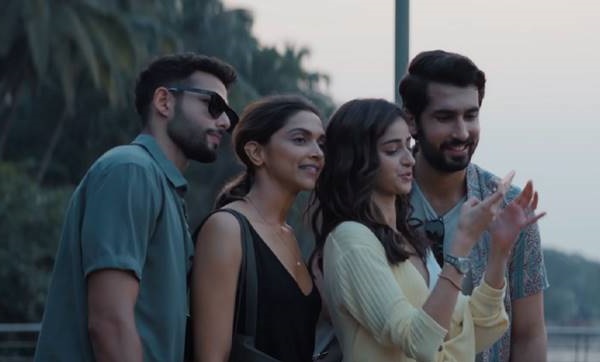 The shooting of a scene doesn’t get over in a single take especially if the scene is of a big duration, it is shot in a number of takes and it is important for the makers and their staff to ensure that the continuity is maintained in the scene. The makers have now started hiring people who are entrusted with taking care of ensuring that all the items, props, etc. used in a scene remain same throughout the scene but it seems that there was someone who didn’t take his responsibility seriously.

The Australian journalist Chloe-Amanda Bailey watched the movie “Gehraiyaan” and she pointed out a mistake which took place during the shooting but was not noticed by viewers. She posted two stills from a scene which featured Ananya and Siddhant, in the scene Ananya is first seen holding a oval shape glass while sipping water but a little later, she is seen sipping water from a cylindrical glass despite the fact that she didn’t put the glass down in the scene. 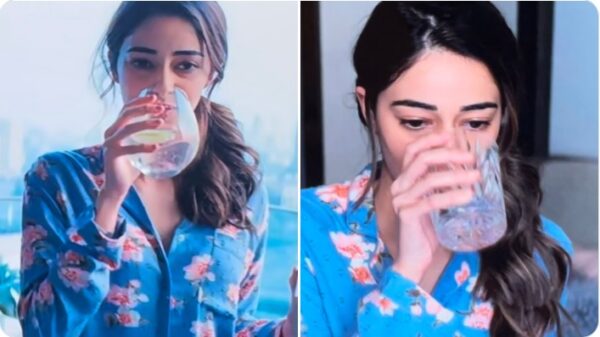 Chloe-Amanda Bailey posted the photos and wrote, “One thing unresolved in #Gehraiyaan is how Tia’s glass transformed in this scene when she never put it down?” with laughing emoji.

One thing unresolved in #Gehraiyaan is how Tia’s glass transformed in this scene when she never put it down? 😆 pic.twitter.com/PFGG5aohcZ

She also posted the video clip from the movie to make people understand her point of view clearly:

The tweets soon went viral and people started expressing themselves over this mistake committed by the makers.

You have to go deep it's called #Gehraaiyaan

Did you notice it when you watched the movie?