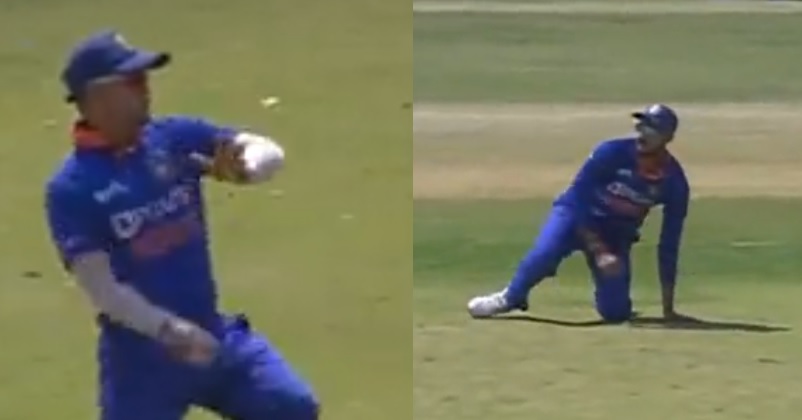 The Indian cricket team has taken an invincible lead of 2-0 in the ongoing 3-match ODI series against Zimbabwe and the superb manner in which India has won both the ODIs, there are good chances that it will whitewash the series by attaining victory in the 3rd ODI which will be played tomorrow. 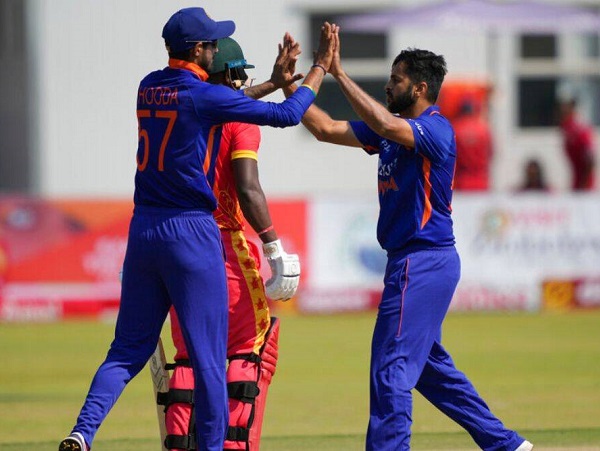 In the second ODI, an incident took place which brought smiles on many faces and its video is going viral. In the 28th over of the Zimbabwean innings which was bowled by Deepak Hooda, the second ball of the over was played towards the deep square leg where Ishan Kishan fielded it. As Ishan Kishan threw the ball towards the wicket, Axar Patel who was in midwicket area sat down with his head covered with hands so that he did not get hit but unluckily the ball hit his body and he immediately gave a fiery stare to Ishan Kishan. However, Ishan Kishan was in jolly mood and he apologized with a smile on his face.

As far as the match is concerned, the toss was won by the visitors and they decided to bowl first. The Zimbabwean team once again failed in effectively countering the Indian bowling and got all out for 161 in 38.1 overs. The highest scorer for the hosts was Sean Williams who scored 42 runs (42 balls, 3 fours & 1 six) and for India, Shardul Thakur was the pick of the bowlers who ended the match with the figures of 3/38 in 7 overs.

In the series against West Indies, Shikhar Dhawan opened with Shubman Gill but after return of the stand-in skipper KL Rahul in the team, Gill has been shifted to number 3 in the batting lineup. The start of team India was pretty bad as KL Rahul got out early for just 1 run but Shikhar Dhawan (33 runs, 21 balls, 4 fours) and Shubman Gill (34 balls, 6 fours) stabilized the innings. Later on, Deepak Hooda played a useful innings of 25 runs (36 balls, 3 fours) but the match was finished by wicketkeeper-batsman Sanju Samson who played an entertaining knock of 43 runs (39 balls, 3 fours & 4 sixes). India won the match with 5 wickets in hand and with 24 overs remaining in its innings. Sanju Samson was awarded with the Player of the Match award. 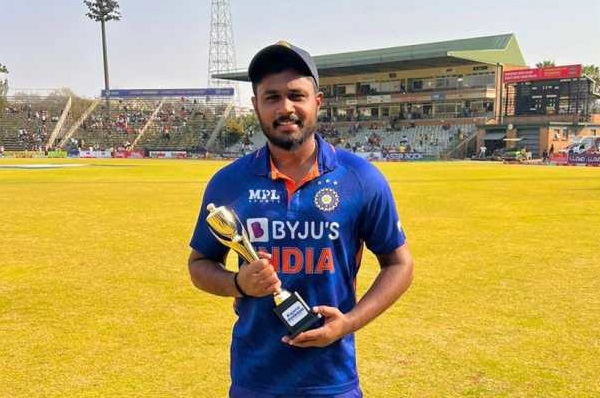 Do you think Zimbabwe has any chance of victory tomorrow?

Indians Hit Back At Waqar Younis For Tweeting, “Shaheen Afridi’s Injury Big Relief For India”
Barmy Army Tries To Mock Virat Kohli’s Century Drought, Gets Trolled By The Indians Instead