The Indian Premier League is undoubtedly one of the biggest cricketing events of the world and every cricketing nation will like to have such a tournament as it not only helps in earning revenue but also assists the young cricketers of the country to get international exposure as they play with cricketers from other nations.

Now Sri Lanka has also come up with its T20 Premier League which has been named as Lanka Premier League (LPL). This is the first edition of the league and total 5 teams are participating in the tournament. Dale Steyn, the South African pacer who is considered as one of the greatest pacers of the present times is also taking part in the LPL and he is playing for Kandy Tuskers. 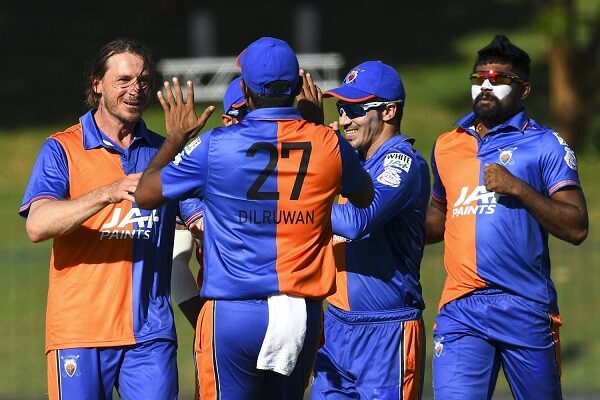 Dale Steyn played his first match against Jaffna Stallions in which he took 2 wickets and gave 33 runs in his four overs. After taking wickets, Dale Steyn celebrated in fishing style which went viral on the Internet.

In the 19th match of the tournament, Kandy Tuskers were up against Galle Gladiators and an interesting conversation took place between Dale Steyn and Azam Khan. When Dale went to bat, Azam who was behind the wickets thought to have some fun and he told Dale that he is a fisherman too to which Dale reacted in a funny manner. The banter didn’t continue for longer as Dale got out at the score of 1 after facing 5 deliveries.

Here is the video of the funny conversation:

Azam Khan – Do you know I’m a fisherman too

As far as the match is concerned, Kandy Tuskers gave a target of 127 to Galle Gladiators which the latter achieved in 17 overs with the help of Danushka Gunathilaka’s brilliant innings of 94 runs not out.

That was quite a good joke from Azam Khan!