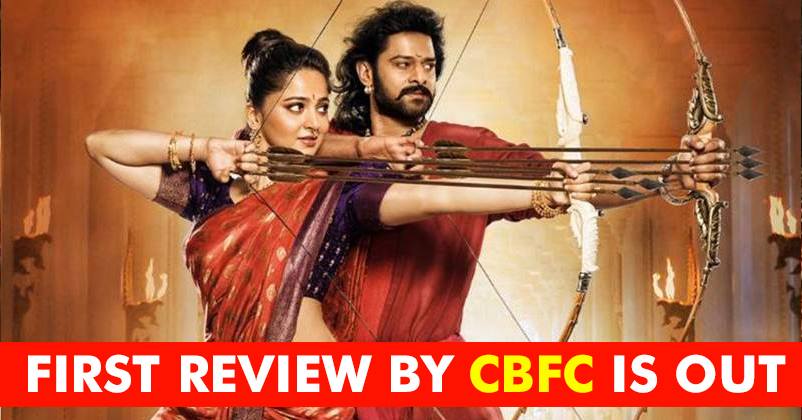 Baahubali 2 is one of the grand releases of the month and we all know that there has been taken extra care to safeguard the well-kept secrets of the movie.

The cast and crew, collaborators or even associates, no one had the chance of watching the movie. The censor board, however, has the privilege and one of the key CBFC members gave out some insight into the movie which can be considered as a review.

“Baahubali 2: The Conclusion is in every sense bigger than the first part of the film. The second part is longer than the first and is almost three hours. But not a moment sits heavily on the narrative. We haven’t cut a single frame, shot, or a word from the dialogue. There was not a single moment that we could eliminate. The action sequences are this time shot far more intricately and the special effects, especially in the war scenes are on par with what we’ve seen in the best Hollywood war epics from Richard Attenborough’s A Bridge Too Far to Mel Gibson’s Hacksaw Ridge.”

“Heart-stopping, the two of them are like restless lions in a cage ready to pounce, but something keeps them from tearing apart each other, I can’t reveal what. Both the actors are equally impressive this time.”

On the much-needed suspense of why did Katappa kill Baahubali, the source said, “The reason will leave audiences “stunned and disbelieving”. The member of CBFC is very impressed with the movie, he added,

“The stunts, the spectacle, and the performances are superior to Fast & Furious 8. Audiences will come away very happy, but also very sad. This can’t be the end of the Baahubali saga!”

Not just CBFC member, the famous critic from UAE, Umair Sandhu has also tweeted about the first half of the movie, here’s the tweet:

First Half of #Baahubali2 Done !!! Totally SPECTUCULAR & Terrific ! No Dull Moment throughout the film ! Hatsoff to #Prabhas ! #UAECensor pic.twitter.com/OQwnOPZLio

So aren’t you waiting to watch it? Share your views in our comments section below.

Vinod Khanna Passed Away At 70 After Battling With Cancer! May His Soul Rest In Peace!
Sunil Grover Breaks Long Maintained Silence Over The Fight, Makes Some Revelations About TKSS