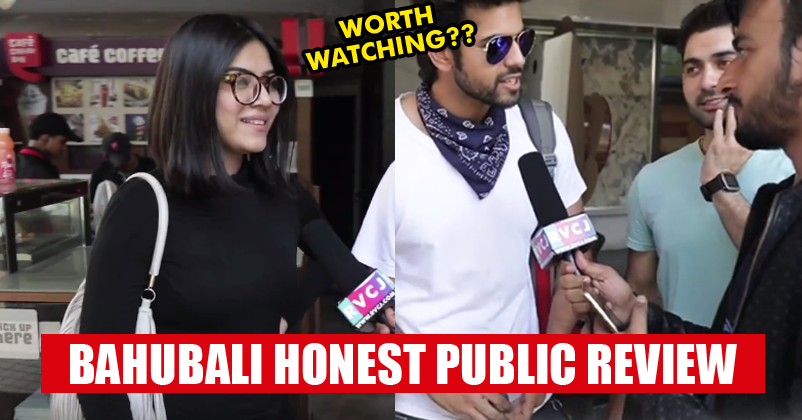 About two years back with the release of “Baahubali: The Beginning”, the nation got a question and had been seeking its answer all through this period. I’m sure you must have got which question I am talking about! Yes, you guessed it right! It’s none other than “Why Kattappa Killed Baahubali?” And to disclose the mystery, a majority of Indians had been waiting for “Baahubali: The Conclusion”, the second and final part of the series. The epic finally released today and RVCJ presents you the review of the movie from the audience who just watched it in theaters! This Video Is A Must Watch For All Baahubali Fans!

Starring Prabhas, Tamannaah, Anushka Shetty, Rana Daggubati and Sathyaraj in chief roles, Baahubali is not just a movie but a cult which every Indian should watch at least once! Talking of the review, as expected, the movie is said to be grander, bigger and better than “Baahubali: The Beginning” and such legendary movies are rarely made in India. The magnum opus has been released in 8000 theatres across India and if you too are waiting to know the answer, get your tickets booked now!

This Parody Song Of Ed Sheeran’s Shape Of You Is Breaking The Internet! You’ll Feel Like Dancing
Love Raps? This Awesome Rap Is All You Need If You Are Fed Up Of Honey Singh & Badshah