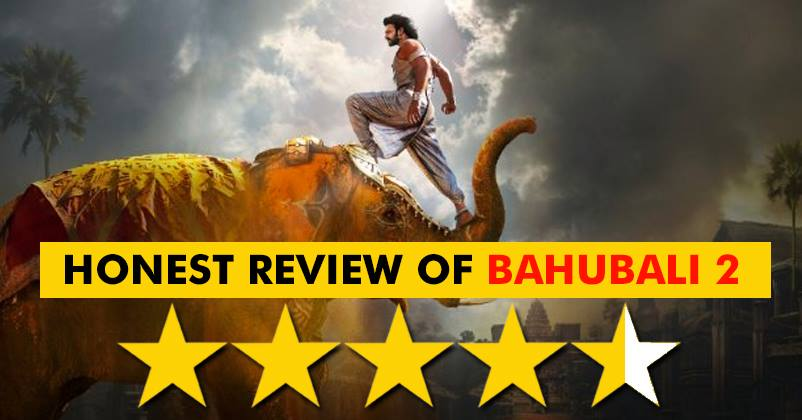 The Story
The Baahubali first part was just an introduction to the final movie Baahubali The Conclusion. Well, once you start watching the movie you will immediately believe that the second part is indeed more intense, dramatic and interesting. It is a visual treat.

Baahubali 2: The Conclusion is the continuation story of the first part. The movie begins from the part it ended. The story kick starts from the point when Kattappa killed Baahubali and begins with Baahubali entering the screen to tame the elephant. The movie also shows the backstory of two key characters – Devasena(Anushka Shetty) and Sivagami (Ramya Krishnan). They were briefly a part of the first part, though not the main highlight.

The Conclusion shows how tough it was for Sivagami to make choices after the death of her brother in law ( Amarendra Baahubali’s father). How she did the upbringing of the two boys one of them being the orphaned child Amarendra (Prabhas) and one her own child Bhallaladeva (Rana Daggubati). What events led to Sivagami take the bold and daring effort to save the newborn Mahendra after the death of Amarendra. She sacrifices her life to protect the child, the future of Mahismati.

The story also shows about Devasena, whom Shivdudu saves in the first part of the movie. Her entire journey from being a young girl to wife and then the mother. There is a bit of romance amidst the war and political drama.

The Performances and Acting

The most of the screen time and space belongs to Baahubali and Bhalladeva (Prabhas and Rana). They both fight it out for Devasena’s love and affection.

The performances of the characters are terrific. Every character is superbly crafted. Prabhas has essayed the character with finesse, he has lived and breathed Baahubali and immersed himself into. Rana as Bhallala is equally good. He has shown the shades of gray with realism, the jealousy, strength, and bravery to face the fierce Baahubali.

Anushka Shetty, Sathyaraj, Ramya Krishnan, Tamannaah Bhatia have all done justice to their characters. The movie is all about delivering and everyone’s performance is excellent.

Action Stunts and Music
Action and the stunts are at par with any Hollywood movie. It is directed by Peter Hein. The music is also good just like the first part, it matches up to the expectation. MM Keeravani’s melodious numbers add to the romance in the movie. In the first part, the title track was sung by Kailash Kher, in this one, it is Daler Mehndi. VFX and Cinematography
Every scene is a treat to watch. SS Rajamouli delivers a visual treat to the audience. The frames look beautiful. Art direction is worth an applause. The VFX is going to take Indian cinemas beyond borders. The war scenes or the kingdom, detailing and the work of CGI is one of the best so far in an Indian movie.

What’s not so impressive?
Well, Tamannaah Bhatia could have had more role and screen space. Her character could have shaped better. The movie’s second part was a little disappointing. At some places it was quite obvious of the audience to understand the CGI was used. The climatic war sequence in the first part was better than the second part.

Baahubali 2 cannot be missed for any reason. It is a must watch for all cinema lovers. We give the movie 4.5 Stars.

So are you watching Baahubali 2 this weekend? Let us know your review in the comment section if you have watched already.