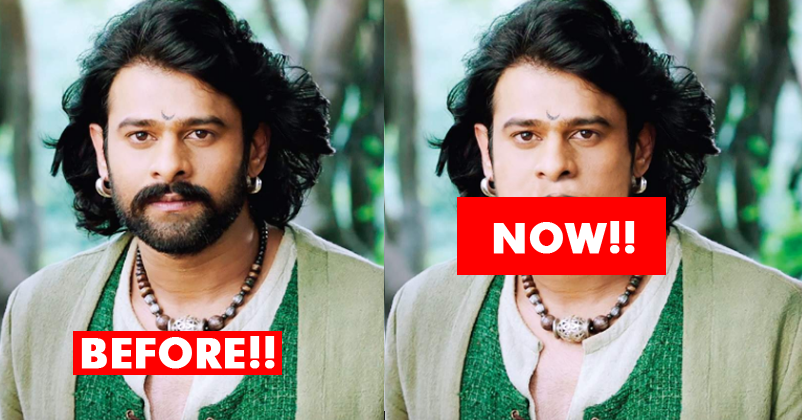 We all know how beard adds an extra layer to the overall sex appeal of man. For this very reason, it’s a trend among men to keep a healthy and stylish beard these days.

Girls went mad when Indian star Prabhas adopted a rugged look for his epic film series Baahubali. His long hair and classy beard style was just too awesome to handle. But before the fans could get enough of his hotness, he decided to shave off his beard. Yes! You read that right.

Prabhas has ditched his bearded look and has gone completely clean shaven. Like Prabhas adopted beard for Baabhubali, he has shaved it off for his next film, Saaho, of course. A new picture of his is going viral on Social Media, but is not being appreciated by the fans.

The photo that was released by Prabhas’ Instagram fan club is getting lots of comments from fans and most of them are complaining that it’s not as good as his previous one. The fans seem to be missing Prabhas’ old look already.

Well, the look may not seem interesting to fans as of now, but we are sure that he will surprise everyone with the film. We’ve all seen the teaser of Saaho, and know that it’s going to be a spectacular stuff and we feel the same for Prabhas. Let’s just wait & watch.

Continue Reading
You may also like...
Related Topics:Baahubali, Prabhas, Saaho

Ed Sheeran’s Mumbai Concert Details Are Out! Here’s Everything You Want To Know!
Priyanka Chopra Posted A Pic On Instagram! Got Brutally Trolled For Her Nose!