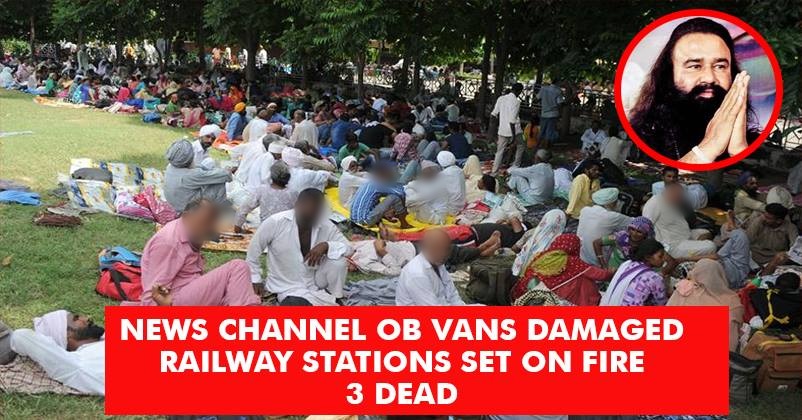 After Panchkula court made the historic decision by declaring Ram Rahim as the guilty under the rape charges, his followers have started doing what was expected.

As soon as the reports of judgement arrived and police took Ram Rahim in their custody, his followers started doing protests in the surrounding areas.

A death toll of 3 is being reported. All this while police is trying to control the situation to their best. Tears gas shells are being fired by police on the offenders.

Check out some tweets-

Stone pelting and violent clashes now being reported from multiple locations from Haryana. Exactly what was feared. Now what @mlkhattar

Power cut imposed in entire Haryana so that people can't watch even TV… after the ban on internet services. This may cause more rumours

And so it begins:
1. Clashes with forces.
2. Stone-pelting.
3. Media vans smashed.
4. Tear gas & shots in the air.#RamRahimVerdict

A Jind resident who had come to PGI for his treatment waited for 2 hrs at the bus stand but no bus was available. #derachiefindock @HTPunjab pic.twitter.com/xMDL0Kq9Ug

This is seriously insane. Hope the situation is under control soon.

Much Awaited Judgement On Ram Rahim Case Has Been Passed. Here’s Everything You Want To Know
Mika Singh Posted A Tweet in Support Of Gurmeet Ram Rahim, Gets Trolled