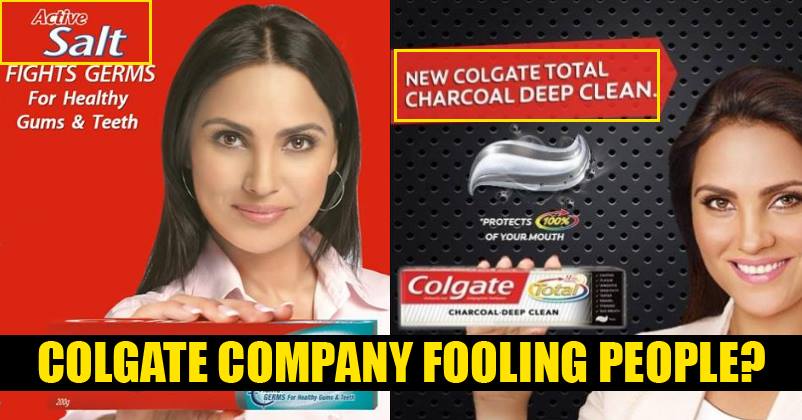 Yoga expert Baba Ramdev is known for his flexibility and beneficial yoga postures. Recently, there is a lot of craze for his desi brand named ‘Patanjali’.

Yes, Baba Ramdev established this company in the year 2006 along with Acharya Balkrishna, and the only aim was offering a combination of Ayurveda, ancient wisdom and latest technology to users. Customers are crazy behind this brand now and the products are selling like hot cakes. Moreover, the estimated revenue of ‘Patanjali’ is around 5,000 crores, whopping, isn’t it?

These natural products have become highly popular in the market and have affected the business of MNCs to a great extent. People give preference to these ‘Desi’ and affordable products instead of making use of those products that are filled with chemicals and cause harm.

Now in spite of so much popularity in the market, Baba Ramdev has targeted his rival brand Colgate. Yes, it seems that his post is sure to spark some controversy now. However, he had a valid point which not many of us might have noticed. Want to know what he posted on Twitter? View the post!

Colgate used to warn against Indian traditional ways of using salt & coal on teeth. But now they actively endorse it pic.twitter.com/eYywXQpK4P

He has targeted Colgate very smartly. Few years ago, Colgate had a led a campaign which warned people against using coal and salt for cleaning their teeth.

But it is strange that now Colgate itself has introduced 2 toothpastes in the market which have coal and salt as the main ingredients. He wanted to show people how MNCs lie and do business.

So what do you have to say about his tweet? It is an eye-opening tweet, isn’t it? Do let us know your comments in our comments section below.

Case Filed Against Snapdeal For Royally Fooling A Man Who Ordered Phone on Rakshabandhan
Mumbai Brothers Just Sold Their Startup To Chinese Firm For Rs 6000 Crore. What Are You Doing?