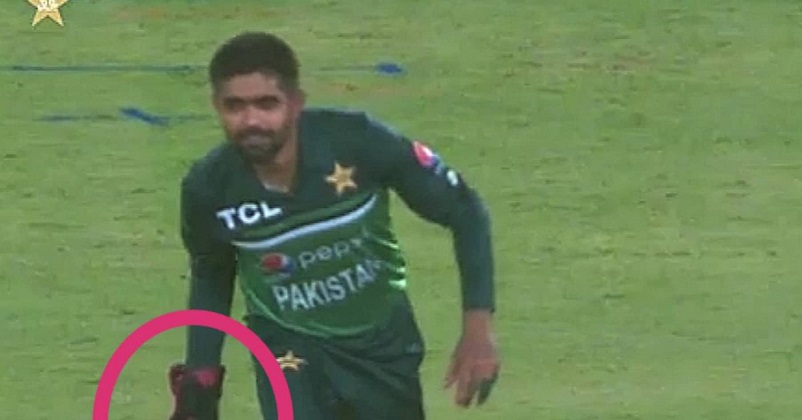 Babar Azam, the Pakistani cricket team skipper, is undoubtedly one of the best batters of the present times and currently he is in sublime form but he made headlines for all the wrong reasons after he broke a rule of the game in the second match of the 3-match series against West Indies. 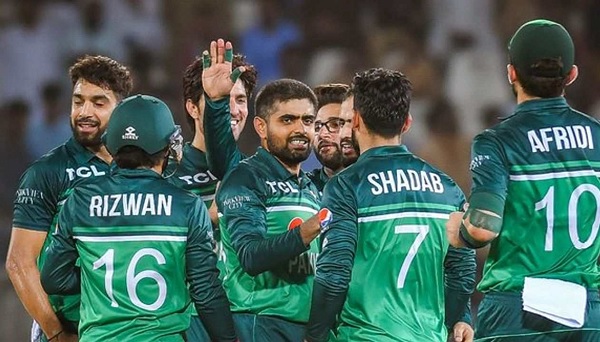 Pakistan has taken an invincible lead of 2-0 in the 3-match ODI series after defeating West Indies in the second ODI which was played yesterday at Multan. However, this match will also be remembered for a mistake which was committed by the Pak captain and because of which the visitors were awarded with 5 runs.

In the 29th over of the WI innings, Babar Azam was seen with one of the wicket-keeping gloves of Mohammed Rizwan and used it to collect the ball. This was considered as illegal by the on-field umpire and five runs were added in the total of West Indies.

As per the Law 28.1, “No fielder other than the wicket-keeper shall be permitted to wear gloves or external leg guards. In addition, protection for the hand or fingers may be worn only with the consent of the umpires.” 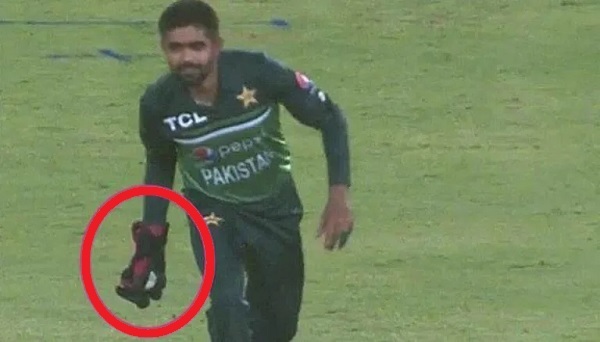 As far as the match is concerned, the hosts won the toss and they chose to bat first. Pakistan put up a good total of 275/8 runs on the score board with the help of brilliant knocks of Imam-ul-Haq (72 runs, 72 balls, 6 fours) and Babar Azam (77 runs, 93 balls, 5 fours & 1 six). The West Indian batting collapsed completely against the Pakistani bowlers as they managed to score only 155/10 runs in 32.2 overs and lost the match by 120 runs. Mohammad Nawaz was the pick of the bowlers for Pakistan as he took 4 wickets in his 10 overs and gave away only 19 runs.

The third ODI will be played tomorrow at the same venue and while Pakistan will try its level best to clean sweep the series, West Indies will certainly wish to end the series with a win and save some respect.