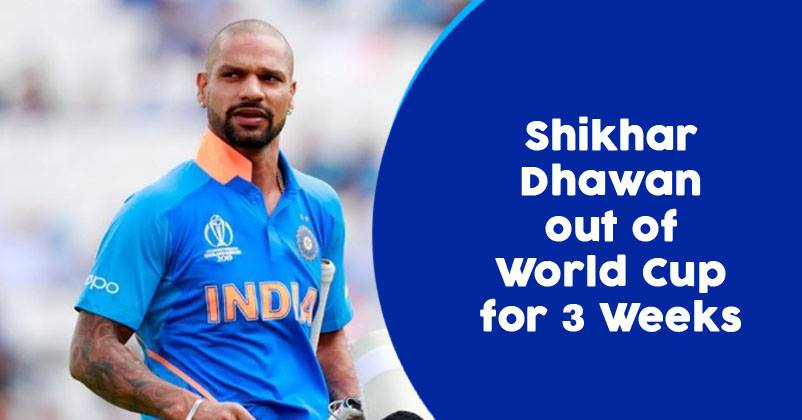 The biggest event of the cricketing world. ICC World Cup 2019 12th edition happening in Wales, England has got everyone hooked all around the globe.

India by far played two games of the series and they’re smashing their opponents hard real hard. India emerged victorious against Australia and South Africa. India will be facing New Zealand tomorrow for their third game of the World Cup tournament.

Opening Batsman Shikhar Dhawan scored a magnificent 117 runs against Australia and the five times world cup winning team had to chase the highest score against team India first time ever in the history of ICC World Cup Australia. 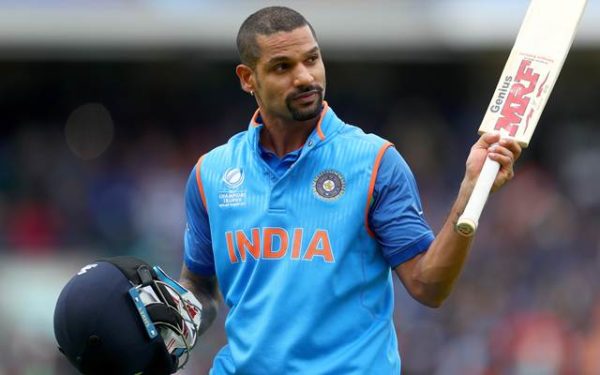 Ace cricketer Shikhar Dhawan will be ruled out from the tournament for three weeks with a fractured thumb. On Sunday during India’s match against Australia, he has been hit on his left thumb.

However, even with the thumb injury <, strong>Shikhar Dhawan scored whopping 117 runs and he was declared as the man of the match of the last match.

On Monday after getting the X-Ray reports Dhawan was told to rest for three weeks as his thumb is fractured. Hence, Dhawan will be missing the upcoming matches of India against New Zealand, Pakistan, West Indies, England and Afghanistan.

We wish Shikhar a speedy recovery to smash some bigger sixes.