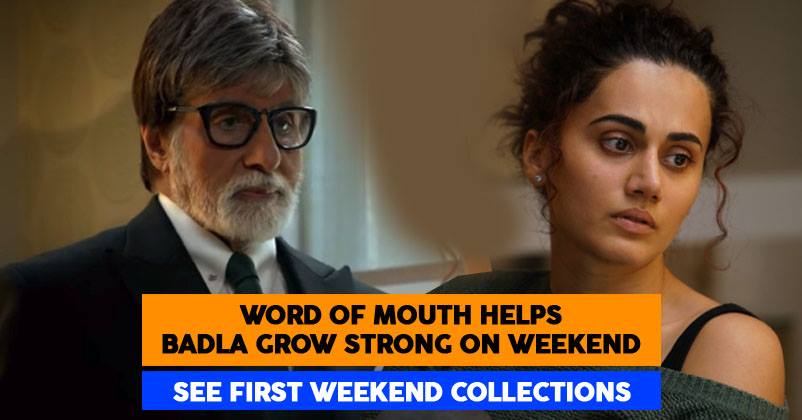 Amitabh Bachchan and Taapsee Pannu starrer Badla opened to huge critical acclaim this Friday. The film received appreciation from the audience and critics and jumped heavily in the weekend after a moderate Box Office opening. 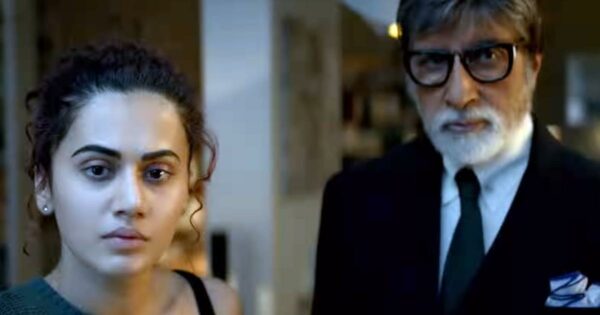 The Sujoy Ghosh directed film which is the remake of a Spanish thriller Invisible Guest got an opening of Rs 5.04 crores. It showed a tremendous jump on Saturday and collected 8.55 crores net. Badla again showed a jump on Sunday and earned 9.61 crores net taking the weekend total to a decent number of 23.20 crores net. 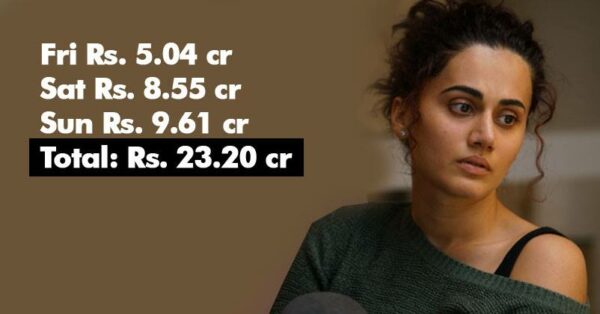 Going by the trend Badla has followed in the weekend, the film is expected to be rock steady in the weekdays and march towards 40 crores net 1st week total.

After a successful 2018, the year 2019 has started well for Bollywood as several films have proved to be profitable for the makers. Badla is expected to go the same way.

Is Alia Bhatt Ready To Get Married To Ranbir Kapoor? Her Statement Will Make You Excited
Ranveer & Alia Starrer Gully Boy To Have A Sequel? This Is What Director Zoya Akhtar Revealed