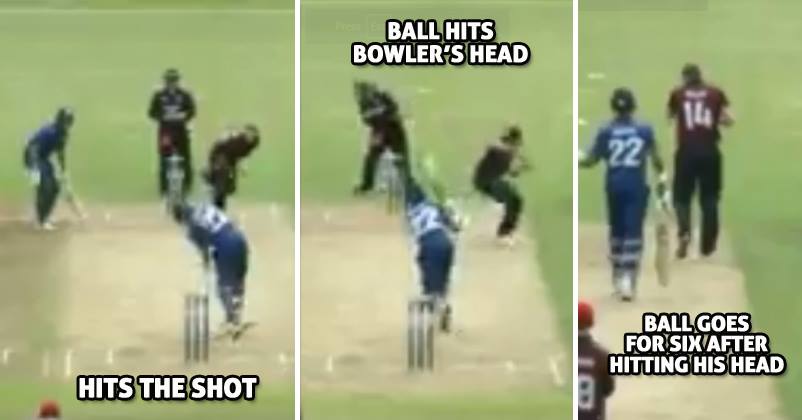 Sometimes, we do get to witness some weird sixes in cricket; they are always remembered by one and all.

Today, we came across a video in which Jeet Raval, a New Zealand batsman, smashed a bizarre 6 during 3rd Preliminary Final, The Ford Trophy at Auckland. Auckland was playing against Canterbury and Raval (Representating Auckland) had scored around 149 runs. His 149 comprised of 4 sixes and 10 fours. 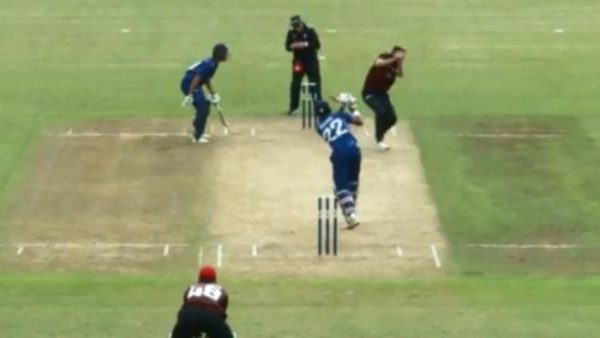 However, he hit one six which wooed the crowd. It was when Andrew Ellis was bowling to him; he bowled a short length delivery, thinking it would not give him chance to get runs. Fortunately, Raval hit a superb shot, but it hit the head of the bowler. It was so hard that it went for a 6.

When Raval hit the shot, Ellis didn’t know how to react. His hands got hurt too! Earlier, the umpire had signaled it as 4 but then, he eventually changed it to 6.

As a courteous gesture, Raval went to him to check if the injury was too serious.

That is one tough nut. The stroke was recorded as 6, one bounce off Andrew Ellis's scone. Passed the concussion test & carried on….😬 #FordTrophy pic.twitter.com/2zsfLCI3qd

Have you seen this before?