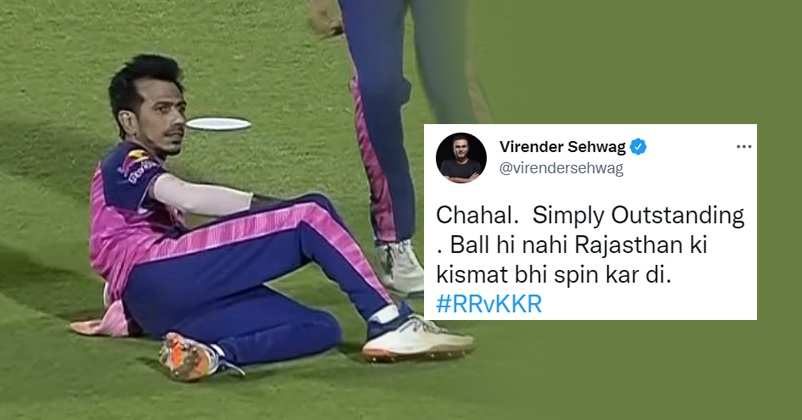 Yuzvendra Chahal is certainly one of the best spinners of the present times and the superb manner in which he performed yesterday in the match between Rajasthan Royals and Kolkata Knight Riders, the Royal Challengers Bangalore management must be regretting their decision of not buying him. Yuzi was released by the Bangalore franchise ahead of the mega-auction for the IPL 2022 and what surprised everyone was that they didn’t even place a bid for him. 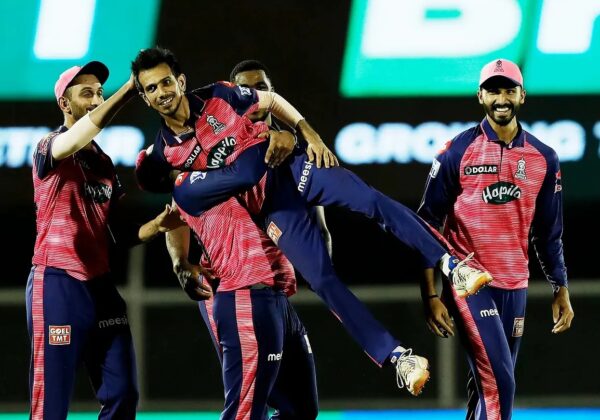 Yuzvendra Chahal is bought by Rajasthan Royals for a price of Rs. 6.50 crore and he has been justifying his selection in almost every match. However in the match against KKR which was played yesterday at Brabourne Stadium, he was simply awesome as he not only won the match for his team but also became the first bowler to take hattrick in the IPL 2022.

Talking about the match, the toss was won by KKR and it decided to bowl first. Batting first, RR had a great start as its openers Jos Buttler (103 runs, 61 balls, 9 fours & 5 sixes) and Devdutt Padikkal (24 runs, 18 balls, 3 fours & 1 six) produced a partnership of 97 runs for the first wicket. Jos Buttler scored his second century of the season and the skipper Sanju Samson also played a useful innings of 38 runs (19 balls, 3 fours & 2 sixes). RR posted a huge total of 217/5 runs on the board but KKR didn’t have a good start as its opener Sunil Narine got out for a duck. 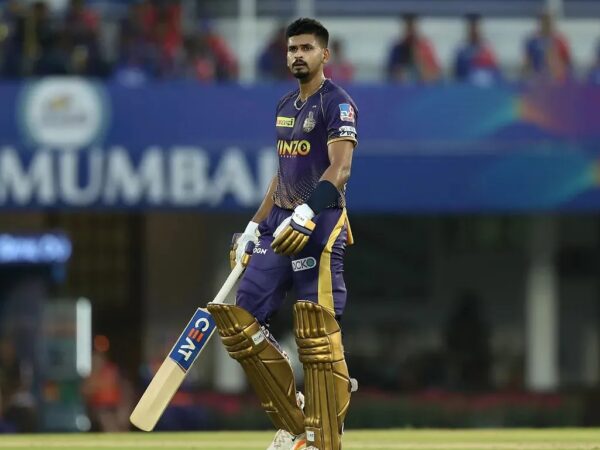 However, Aaron Finch (58 runs, 28 balls, 9 fours & 2 sixes) and skipper Shreyas Iyer (85 runs, 51 balls, 7 fours & 4 sixes) not only stabilized the innings but also kept on ticking the score board at a good pace and there was a time when KKR was in total control of the game. In the last four overs, KKR needed 40 runs and everyone thought that it would win as Shreyas Iyer and Venkatesh Iyer were at the crease but Yuzi changed the table completely upside down.

The 17th over of the KKR innings was bowled by Chahal and he took 4 wickets (Shreyas Iyer, Venkatesh Iyer, Shivam Mavi and Pat Cummins ) including a hattrick and gave just 2 runs. It was a great comeback for Yuzi as in the earlier three overs, he was smashed for 38 runs by the KKR batters and he was also adjudged as the Player of the Match for his beautiful bowling figures of 5/40. 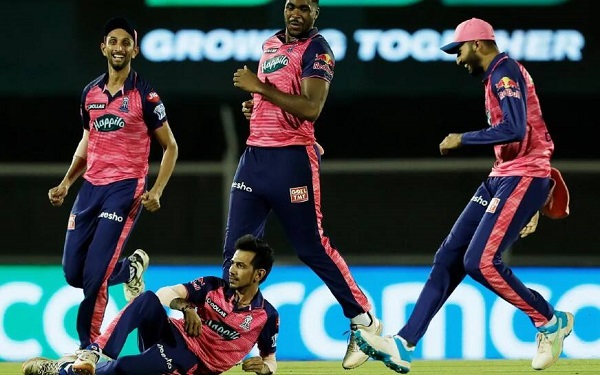 Though Umesh Yadav tried his best to win the match for KKR, Obed McCoy kept his nerves in control in the last over and sent him back to the dugout with RR winning the match by 7 runs.

Twitterati went crazy because of the wonderful performance of Yuzvendra Chahal and this is how netizens reacted:

Bowling the 17th over with game on the line, after being hit for runs in your first 3 overs and then to return with a 2-run-4-wicket over including a hat-trick! Lion hearted stuff @yuzi_chahal 🙌🏼 Congratulations @rajasthanroyals 👏🏽 #RRvKKR #IPL2022

#yuzichahal five wicket haul and his hattrick was an equally important factor in #Rajasthan winning this incredible game. Kudos to KKR for fighting till the end. #RRvKKR #RRvsKKR pic.twitter.com/C72HbJcEh4

That has to be the over of the #TATAIPL. Chahal is bowling beautifully.

What a game-changing spell by @yuzi_chahal! We've witnessed the first hat-trick of the season. Loved the pose after your hat-trick. 🤣 #IPL #RRvKKR pic.twitter.com/K2ByMZg2ai

Yuzi Chahal in this match:-

#yuzichahal saw it all today! A very expensive first over and then a crazy last over! hatrick and five-wicket haul too. #KKRvsRR

“We’ve Lost Out On AB. You’ll Be Playing,” DK Tells Virat His First Conversation With RCB
David Warner Reacts As His Daughters Cry After His Dismissal Against RCB