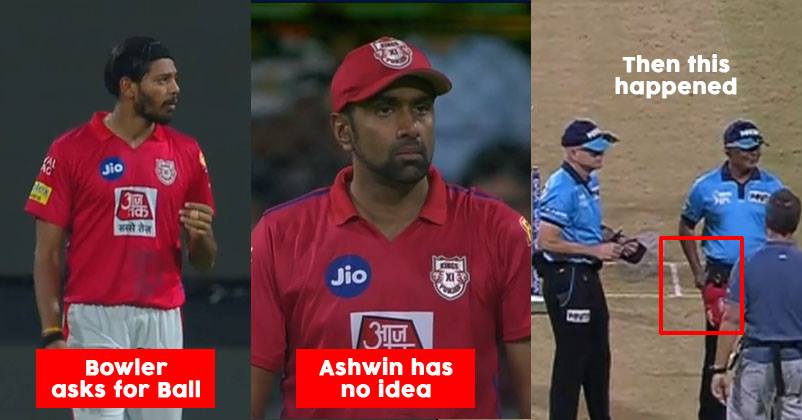 The IPL 2019 is progressing towards the playoffs and every team is trying its best to confirm its seat in the knockout stages.

Royal Challengers Bangalore (RCB) seems to have got their winning touch as they defeated Kings XI Punjab (KXIP) in yesterday’s match that was played at Bengaluru’s M Chinnaswamy Stadium and registered their third straight win. Batting first, RCB put up a huge total 202/4 on the board with AB de Villiers scoring 82* and getting a good support from Marcus and Parthiv.

The visitors were not able to chase down the target and fell short by 17 runs. Many people are expressing their opinion on how R Ashwin threw his gloves in anger after getting dismissed and mocked by Virat. One more incident happened in the match which made everyone wonder as to what is happening in IPL this time. 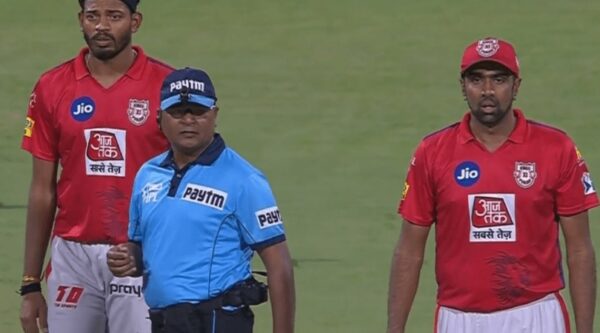 After the 14th over of the RCB innings, timeout took place but after returning from timeout when KXIP bowler Ankit Rajpoot was unable to find the ball, he asked his teammates, captain and the umpires and surprisingly, nobody had a clue of the cricket ball.

The ground staff was called with a box of balls but then the recording was checked and it was found that on-field umpire Chettithody Shamshuddin was the one who had the ball before timeout. Soon, the umpire also realised that the ball was in his pocket.

Before the time out, Murugan Ashwin handed over the ball to on-field umpire Bruce Oxenford who then gave it to Chettithody Shamshuddin but the latter forgot it.

Social media was full of memes and jokes over this hilarious incident and here are some of the selected ones:

Gully cricket at its best!

Even the ball was afraid to get smashed by AB de Villiers.

Ball missing in the beginning of the over and find it in umpire's pocket. Matlab #IPL aur kuch bhi.😂😂
Magician umpire!!!😂#IPL2019 #RCBvKXIP

#IPL2019 taking umpiring standards to the next level as now umpire is forgetting that he had kept the ball in his pocket!
kon hai bhai is saal ka script writer best comedy act ka award do ise baba! #RCBvKXIP #KXIPvRCB

So umpire forgets that he had kept the ball in his pocket! And they only found out about the whereabouts of the ball after checking the TV footage! Hilarious.
Was Shamshuddin demanding for batting before giving out the ball? #IPL2019 #RCBvKXIP

Umpires are stealing the show this year😂 #IPL2019 #RCBvKXIP https://t.co/7yiRbbWkTw

Truly, umpires are stealing the show this year! What do you say?

Dhoni’s Witty Reply On Secret Of Reaching Play-Offs Every Season Will Make You His Fan Once Again
IPL 2019:Dale Steyn Ruled Out Of Royal Challengers Bangalore For Shoulder Injury Ahead Of World Cup 2019