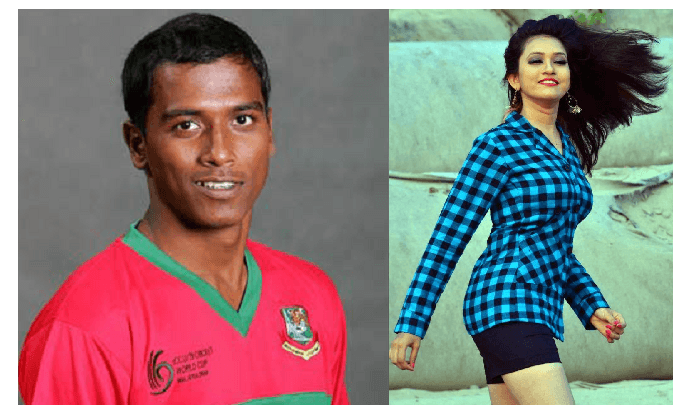 Bangaldesh pacer Rubel Hossain who has been selected for the upcoming world cup squad, was behind bars today after being remanded in custody for rape case of Bangaldesh Actress Naznin Akter Happy.

Court announced the order after 19-year-old Naznin Akter Happy lodged a complaint of “rape” and a “false promise of marriage” against the cricketer last month. Court’s decision has put a doubt on 24-year-old’s appearance in the next month’s World Cup in Australia & New Zealand after selectors picked him in the 15-man squad. Bangaldesh Cricket board has already announced the 15 man squad and Rubel Hossain is part of it but rape case on him will create lot of issues in cricket dressing room. Bail appeal has been rejected by the court and he has been sent in Jail till the next hearing of the case.

Last month Bangladesh actress “Naznin Akter Happy” launched a complaint in local police station that Rubel Hossain promised her for marriage but now backing away after having a months-long “intimate affair”. After hearing the complaint, a court ordered medical tests on Happy and both the alleged victim and Hossain to undergo DNA tests.

After filing the complaint, actress even told private Channel-71 that they “had a relationship like any other couple” but “recently, he was finding excuses not to marry me”.

Actress also said that she will withdraw the case if Rubel Hossain will marry her. It doesn’t look like to be rape but mutual agreement of “intimate affair” but in country like Bangladesh, anyone who makes a “false” marriage proposal is liable to criminal prosecution.

On the other head, Rubel Hossain said that actress is trying to blackmail him and he never made any promise of marrying her.

We don’t know what is the reality but this rape case might be a big upset for Bangladesh cricket team in upcoming world cup. Rubel Hossain also has Hat-trick on his name against New-Zealand when he took Corey Anderson, Brendon McCullum & Jimmy Neesham wickets.

What are your views about this rape allegation? Please share in comments section below