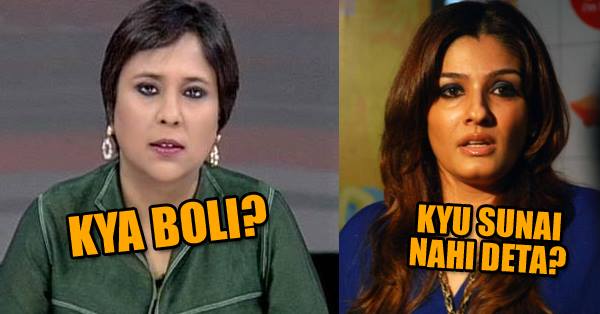 The beauty of Hindu religion is that it never forces anything on anyone; any person who doesn’t want to follow the traditions or rituals has the freedom to abstain from them. As their two aspects of the coin, in the same way there are supporters and opponents of Hindu festivals.

Journalist Barkha Dutt expressed her unhappiness on twitter over the festival of Karvachauth, which is celebrated by Hindu ladies very fondly by keeping a fast for their husband’s long life.

The modern Indian ladies find it as an example of gender inequality as to why just wives need to remain hungry and why not husbands also keep fast. However, there are still many Indian wives who are happy to follow the tradition and make proper use of the occasion to pray to God for health and prosperity of their husband and family.

On one side, Barkha called the festival as regressive and patriarchal and on the other side, a veteran bollywood actress came out in open to not only defend the festival but also giving a lesson on “tolerance” to Barkha Dutt.

The actress who responded to Barkha Dutt was the lady who literary burnt the screen when she danced to the tunes of “Tip Tip Barsa Paani” from Mohra, yes we are talking about Raveena Tandon.

Here are the series of tweets that were exchanged between Barkha and Raveena: