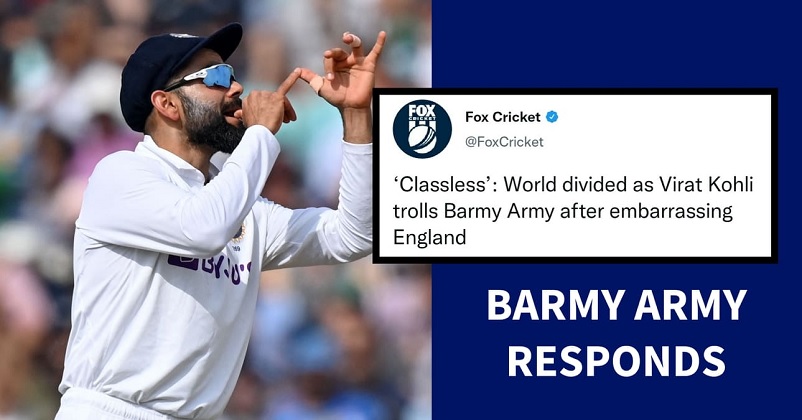 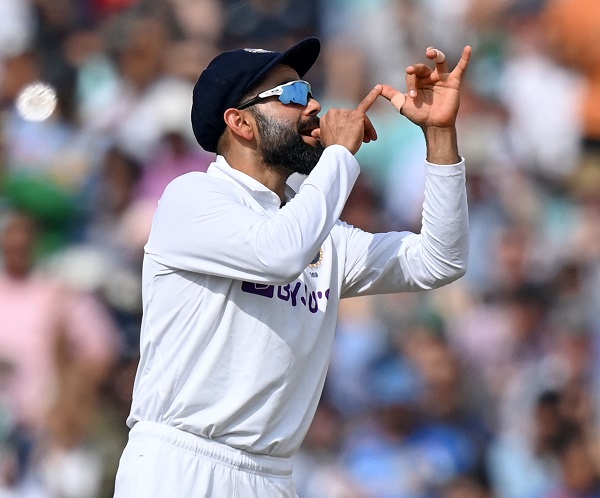 It all happened when the England batsman Ollie Pope got out, Virat Kohli knew that the Indian team had a good chance to win the match then and he made this gesture towards the Barmy Army crowd as well as pointed fingers at them. While some cricketing experts like former Aussie spinner Shane Warne and former England cricketer Michael Vaughan have stated that there is nothing wrong in being a little sportive and also called Virat Kohli an entertainer.

However, few people from the cricket fraternity called this act classless including the former England cricketer Nick Compton who slammed Kohli for making such gesture when his team was already in a good position and now England’s Barmy Army has also responded on this matter.

See you in Manchester @imVkohli”

See you in Manchester @imVkohli 👋

The final test match of the series is going to be played at Old Trafford Cricket Ground, Manchester, starting tomorrow (Sept 10), however one more member of the Indian support staff has turned out to be COVID-19 positive because of which tomorrow’s match is in doubt.

Let’s hope that things do not get problematic further and none of the Indian cricketers gets positive otherwise there may be no fifth test match.