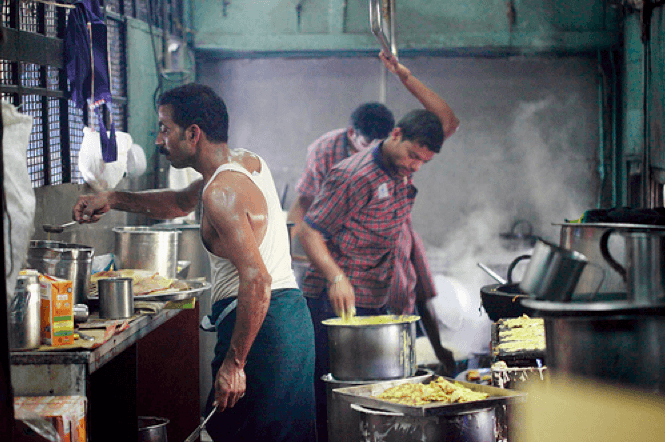 When the team of NEWS 24 reached the Ambala station for evaluating what would be special in rail budget this time and what the public would get from it, the team was in shock with the scene it saw there. The water that was to be used in lavatory was utilizing for preparing food. This is the case of Paschim Express which runs from Mumbai to Delhi. The train is in such a pathetic state and that too when it is to be travelled by many officials and VIPs.

Now this is what they call Hope. Hope for getting good food, proper hygiene, no traces of dirt and what not. How good does it feel to ears when we hear that everything is going to be changed and there will be no more problem in connection with Indian Railway. But this is only like building a castle in the air because common people cannot even imagine what the team has witnessed. To make a note, this is the condition of railway just few days before the rail budget is to be presented.

You would not be able to believe that the situation of railway is miserable to such an extent and you travel in trains like this after paying thousands of rupees for a ticket. The water that had to be used in washroom for lavatory purpose was being used in pantry coach and that also for making food, messing with the health of passengers. The manager of pantry car was trembling with fear while telling the shameful story of Indian Railway.

What is more disgraceful that everyone has kept a mum seeing the dirty picture of railway and neither a minister nor an officer is making a comment on the matter. The team wanted to know what travelers can expect from big claims and promises of the government but after this shocking image that came into view, public is compelled to think that nothing is changed and not going to change in future also. If their trust is kept on breaking over and over again, how would they show faith on the government that they will get food and not the poison in trains.

Budget will be presented after a week. Once again, they will make you dream about a clean railway and ray of hope will be awakened within you but no one will guarantee the outcome or fulfillment of promises.

Reference: As per news reported by NEWS 24

The Effect Of AAP Observed In Delhi – A Policeman Apologized To A Juice Seller
How Would We Fall In Love Now? – Maratha Mandir Takes Down DDLJ After 20 Years