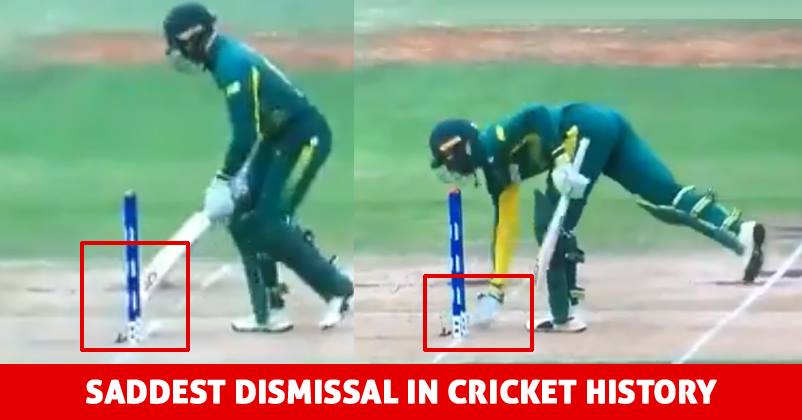 On January 17, an under-19 cricket world cup match was going on between West Indies and South Africa. The South African team had a score of 77 runs of 2 wickets. Jiveshan Pillay was on the field and had scored 47 runs.

When Pillay played a ball, it started rolling near the stumps. Firstly, he saved his stumps with bat and then gave the ball to the wicketkeeper Emmanuel Stewart who made a small appeal. Suddenly umpires started discussing something and then the third umpire declared Pillay out. 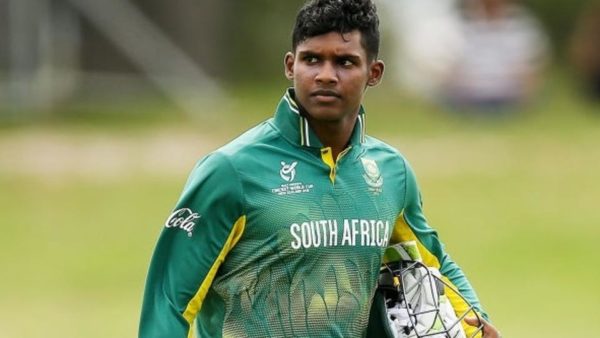 The South African batsman Jiveshan Pillay was given out for this in the Under 19 World Cup game against the West Indies #U19CWC pic.twitter.com/abLvn9NrCb

Pillay was given out for obstructing the field but this decision shocked the South African players as well as the commentators. However, as per the ICC rule 37.4, this decision was absolutely correct. This rule states,

“Either batsman is out Obstructing the field if, at any time while the ball is in play and, without the consent of a fielder, he/she uses the bat or any part of his/her person to return the ball to any fielder.” 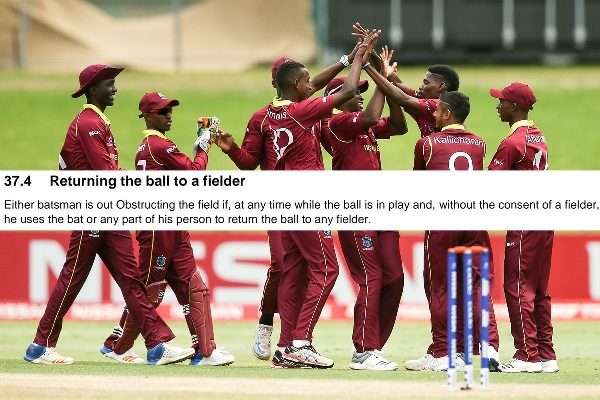 According to the statement published by Foxsports.com,

“Pillay did not seek, or receive the consent from, a fielder and did use his hand to return the ball to the wicketkeeper. He was thus rightly given out on appeal.”

“The reason behind it is that a fielding team will often take enormous care to maintain the condition of the ball — and they are allowed to do so. Any external influence on the ball — including a sweaty glove — could change its condition unfairly.”

“Batsmen are therefore, instructed to leave the ball to the fielding side unless given specific consent to pick it up. It may seem harsh, but a scenario in which batsmen could, without any punishment, interfere with the ball would be far more problematic. Instead, all a batsman needs to remember is not to return the ball to any fielder without consent — as the popular adage goes: batsmen bat, bowlers bowl and let the fielders field.”

The captain of the West Indian team could have withdrawn the appeal as the Law 31.8 reads:

“The captain of the fielding side may withdraw an appeal only after obtaining the consent of the umpire within whose jurisdiction the appeal falls. If such consent is given, the umpire concerned shall, if applicable, revoke the decision and recall the batsman. The withdrawal of an appeal must be before the instant when the ball comes into play for the next delivery or, if the innings has been completed, the instant when the umpires leave the field.”

However, Stewart, the wicketkeeper captain of West Indies, didn’t withdraw the appeal and earned the ire of some former cricketers and South African fans but as per the rules, he was absolutely correct.

As the ball stopped moving and the batsman just gave the ball to the wicketkeeper, majority is on the side of the batsman and blamed the West Indian side for not playing as per the game’s spirit.

Below are some reactions:

The politically correct crew will say Rules are Rules … Buts let be honest this is a disgraceful way to claim a wicket … https://t.co/rH3vQaADnN

Couldn’t agree more !!! Disgraceful, who’s in charge of these teenagers and passing on knowledge and the way the game should be played – someone’s accountable ! Thoughts @BrianLara https://t.co/4j4tyVnSOV

Can't believe what I am seeing @ICC #U19WorldCup. WI appealed for handling the ball. The ball had stopped rolling & the player picked it up.

Disgusting! Once again WI junior team involved in a matter that goes against the spirit of the game. Law or not, I’ve seen @ABdeVilliers17, @stevesmith49 and @imVkohli pass ball back to fielder. Follow their example youngsters! Play hard but play fair within spirit of game! https://t.co/wePF1N3rKS

This is a absolute joke…not in the spirit of the game .I have done this almost a 100 times. https://t.co/nX0KUJ9PI4

Batsman bat,bowlers bowl and please leave the ball to be picked up by the fielders….end of issue.

Reporters Asked Dhoni To Comment On Ind Losing Test Series Against SAF. He Gave A Sensible Reply
Not Only Kohli, But Even Rohit Sharma Can Hurl Abuses. Watch How He Abused A Fan Very Badly