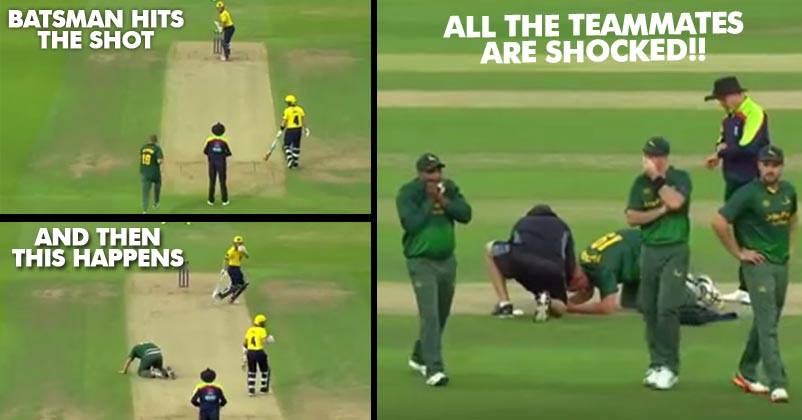 The match between Birmingham Bears and Notts Outlaw at T20 Blast had a nail-biting finish with BB winning the match on the last ball by successfully chasing the target of 158 runs given by Notts Outlaw. However, the match will be more remembered for another incident.

Luke Fletcher is one of the most popular domestic cricketers of England and everybody was shocked as well as panicked when he suffered a head injury. Luke was bowling the fourth over of innings and the first ball of his over when the ball was hit straight towards his head, giving him no time to save himself. He went down on the ground and everyone was shaken as head injuries can be deadly too. 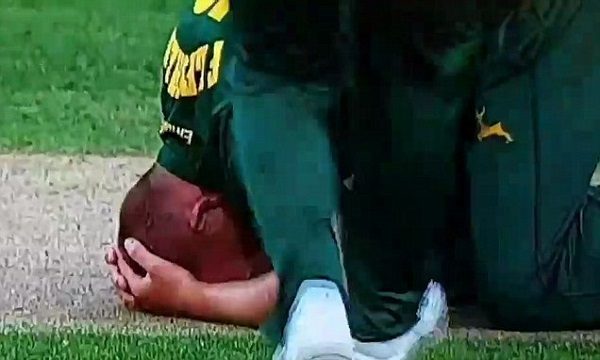 The umpires called for the paramedics immediately while the physiotherapists of both the teams were also on the ground. Luke was treated a little over there and everyone felt somewhat relieved when they saw him walking, a towel was put on his head by the physiotherapist as he was taken to the hospital. He seems to be doing fine now.

The game was stopped for nearly 30 minutes as the players of Notts Outlaw were off the field. However, it was played later without any problem but it once again raises questions over the safety of players and umpires as the batsmen are hitting very hard nowadays. 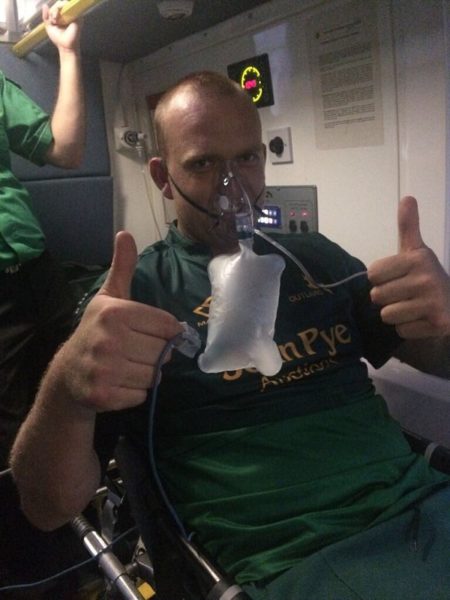 Jake Ball posted a pic of Fletcher on Twitter with caption, “Horrible injury to @fletcherluke but looks like he’s doing well off to hospital #legend”

Horrible injury to @fletcherluke but looks like he's doing well off to hospital #legend pic.twitter.com/dXsdYsGSqW

Later, Luke Fletcher took to Twitter and wrote, “Thanks for the messages. Shame about the result. Congrats to the bears!! Time for a few paracetamol”

Thanks for the messages. Shame about the result. Congrats to the bears!! Time for a few paracetamol 😉

“Luke has obviously got a concussion but the reports we’re hearing back are that they think he’s going to be fine and hopefully he will go home either tonight or tomorrow morning. It sounds good news at the moment and we’re looking forward to catching up with him when he’s back and hopefully OK.”

Peter was grateful to the physiotherapists too and he was all praise for the Warwickshire management as he said that everything happened really super fast and a doctor was on the field just within minutes. Peter said,

“Warwickshire were very understanding and, more importantly, efficient. They had a doctor on site straight away and the paramedics here. Credit too to James Pipe, our physio, he is meticulous in all trauma-related stuff as is Warwickshire’s physio, and they worked together straight away.”

Hazel Stalks Yuvraj Like A Typical Wife! Yuvi’s Reaction to this Annoyance Will Make You Go ROFL
Fakhar Zaman Reveals How Kohli & Bumrah Insulted Him On The Pitch In ICC CT Finals