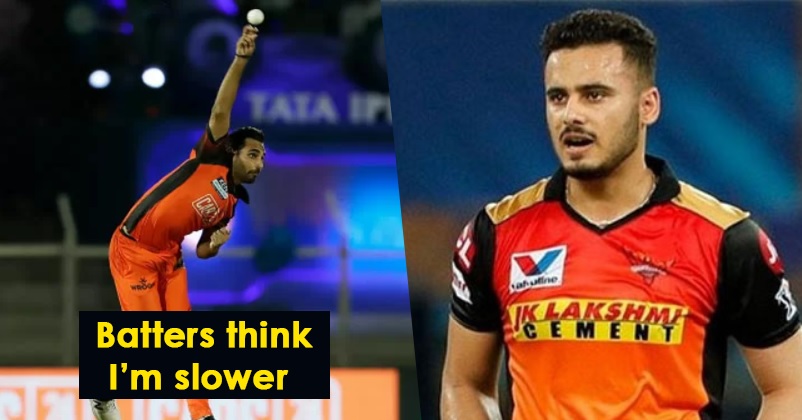 The young pacer Umran Malik who is playing for Sunrisers Hyderabad has been making headlines because of his superb bowling in the IPL 2022 and yesterday in the match against Punjab Kings, he was at his best as he took 4 wickets in his spell of 4 overs and gave away only 28 runs. Umran Malik has been bowling at a great speed as he has crossed the mark of 150 kmph on few occasions and he will certainly remember yesterday’s match for a long time as he took 3 wickets in the last over of the innings. 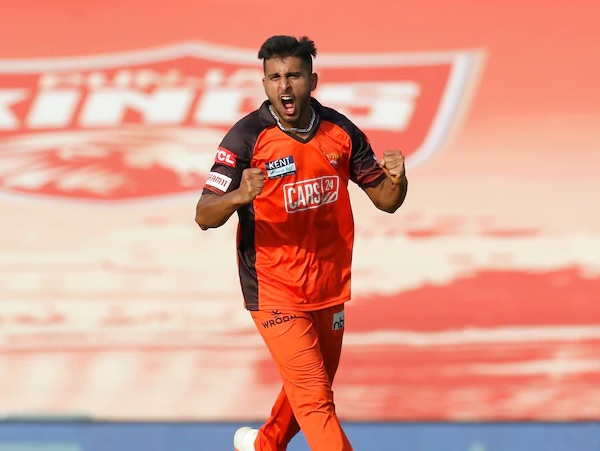 SRH won the toss and chose to bowl first in the match which was played at Dr. DY Patil Sports Academy, Navi Mumbai and because of the brilliant bowling of SRH bowlers, the Punjab team could manage only 151 runs in its 20 overs. While the Player of the Match Umran Malik took 4 wickets, the experienced pacer Bhuvneshwar Kumar also took 3 wickets and conceded only 22 runs. SRH achieved the target with 7 wickets in hand and 7 balls remaining in its innings. Aiden Markram was the highest scorer with 41 runs not out (27 balls, 4 fours &   1 six) and he was well supported by Rahul Tripathi (34 runs, 22 balls, 4 fours & 1 six) and Nicholas Pooran (35 runs not out, 30 balls, 1 four & 1 six).

After the match, in an interaction, Bhuvneshwar Kumar was asked whether Umran Malik has been of help to him as a bowler. In response, Bhuvneshwar Kumar gave quite an interesting reply as he said leave aside helping him, because of Umran Malik’s lethal pace he (Bhuvi) is targeted more by the batters because they think he is slower. 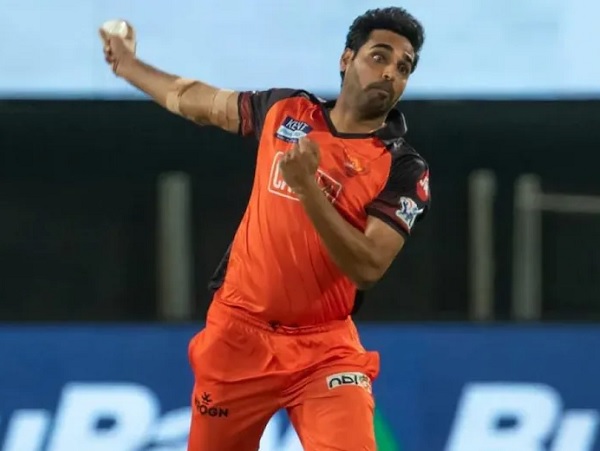 Bhuvneshwar Kumar achieved the milestone of becoming the first Indian pacer in the history of the IPL to take 150 wickets in yesterday’s match and he has been playing at the international level for the last 9 years. He is one of those few pacers who have the ability to move the ball both the sides and he has troubled the batters not just with his accuracy but also with his swing. Bhuvneshwar Kumar was astounding against PBKS and in response to a question, he stated that as there was no swing he depended on hitting back of a length and it turned out to be fruitful in case of Shikhar Dhawan who gave a top edge on Bhuvi’s bowling.

Bhuvi further adds that he relies on his skills, pitch, ground dimensions and the weakness of the batter in order to take wickets. Talking about the young pacer Umran Malik, Bhuvneshwar Kumar says that it is always fun to see him bowling and take wickets.

After losing its first two matches, SRH has made a great comeback as it has won four matches in a row and if it keeps on playing like this, nobody can stop it from winning the IPL second time. What do you say?