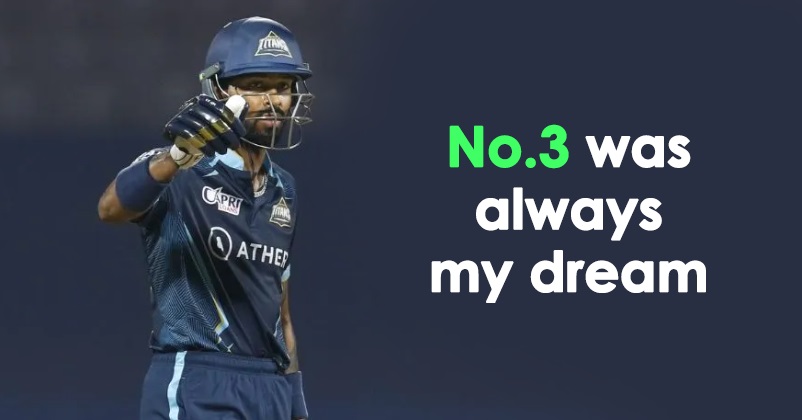 The Indian cricketer Hardik Pandya who is leading the new IPL team Gujarat Titans in the IPL 2022 is currently in a pretty good form as he is the fourth highest scorer of the tournament with 295 runs in 6 matches. He is also getting praised for his captaincy as his team has registered 6 wins in 7 matches and is sitting at the top in the points table with 12 points. 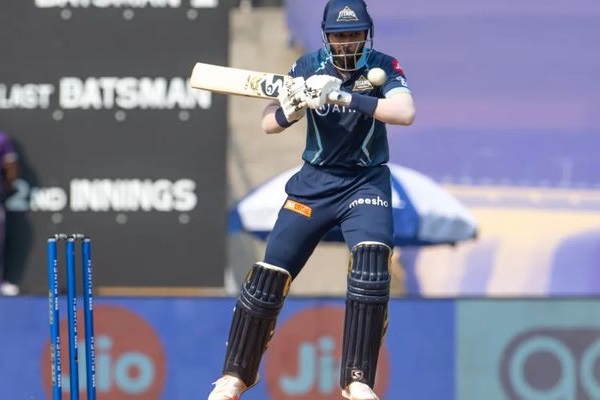 Hardik Pandya was a part of Mumbai Indians for many years, he used to bat lower down the order and play the role of a finisher during that time but in GT, he is batting at number 4. However in the last match against Kolkata Knight Riders, he came to bat at number 3 and played a beautiful innings of 67 runs which helped his team in winning the match.

In a chat with Vikram Solanki, the GT director of the cricket, the GT skipper talked about his dream of batting at number 3. He said that it was always his dream to bat at number 3, adding that in the year 2016 he played for MI and the franchise promoted him at number 3 but he wasn’t able to make an impact at that time. He goes on to say that this time he has made sure he used the chance to the maximum and made the most of it. 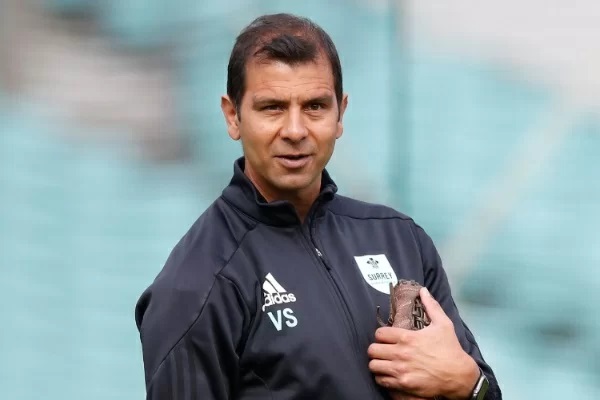 Talking about his role and form, he says that he has been batting well and he is happy that runs are coming at the right time. He further says that his role in the team is different if Shubman Gill plays a big innings but if the latter gets out early, he becomes Shubman Gill of the team. As far as his innings against KKR is concerned, the Gujarat cricketer says that he has just made sure he doesn’t take much risk, plays some good cricketing shots and keeps the run-rate ticking.

Though Hardik Pandya didn’t bowl in the last match due to injury, his fans will really hope to see him taking wickets in the next match which is against Sunrisers Hyderabad on April 27. The first match between these two franchises was played on April 11 and SRH won that match by 8 wickets with 5 balls remaining in its innings. In that match also, Hardik Pandya led from the front as he not only scored a fifty not out but also took one wicket in his 4 overs.

Should Hardik Pandya bat at number 3 or lower down the order? What is your opinion in this regard? Let us know your views.

Rohit Sharma Reacts After 5 Times Winner Mumbai Indians Gets Out Of IPL Play-Offs Race
“We Want You To Take Over At Any Cost,” Ravi Shastri On Switch From Commentary To India’s Director