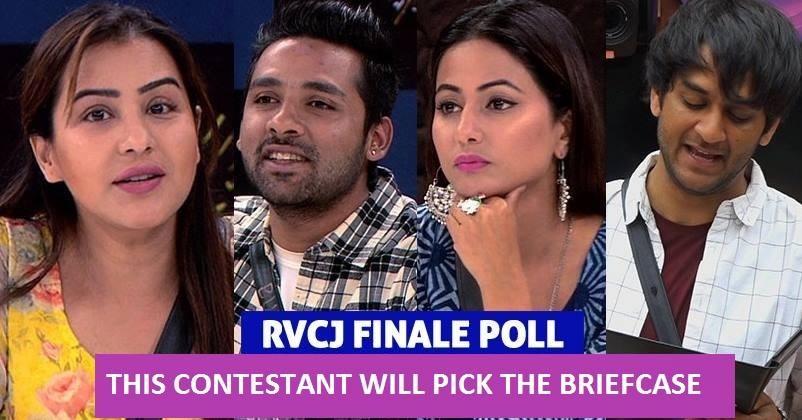 The finale of Bigg Boss 11 is on 14th January and just after 2 days, we will get to know who has played the game in the best manner and made a place in the hearts of majority of audiences.

There are four finalists – Hina Khan, Shilpa Shinde, Vikas Gupta and Puneesh Sharma in the house after the eviction of Akash Dadlani, who was undoubtedly one of the craziest contestants of Bigg Boss we have ever seen.

Talking about the chances of winning, it is crystal clear that the competition is pretty much between Hina and Shilpa with the latter in a little strong position while there is a chance that Vikas can upset the game of these two but Puneesh seems to have very less chances of winning the finals.

If you remember, before the finale, a finalist is generally offered a briefcase by Bigg Boss. The contestant has the option of choosing the briefcase and quit or to stay in the game and fight for the top position.

As we told you yesterday, when this question was asked to Bandgi as to whether Puneesh should accept the briefcase if offered to him, she replied in affirmation and said that Puneesh must avail himself of the opportunity; probably somewhere in her heart, she also knows that his chances of being the winner are pretty less. 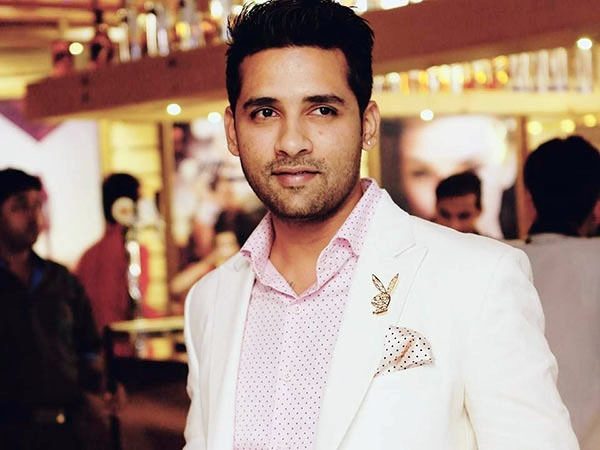 We asked, “Who do you think should take money briefcase during #BiggBoss11 Finale episode? #BB11”

Out of four options given – Vikas, Hina, Puneesh and Akash, the maximum numbers of votes – 42% were casted for Puneesh followed by Vikas -23% and Hina -17%. 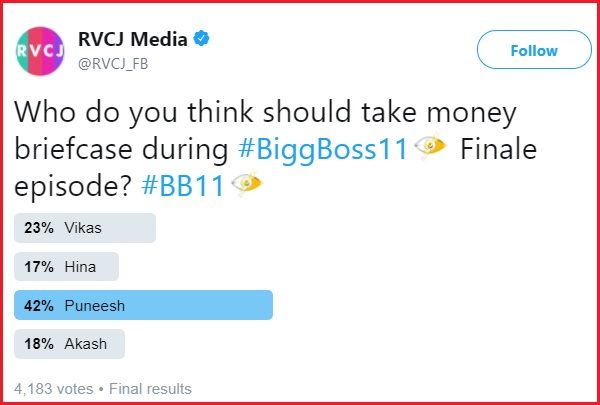 Who do you think should take money briefcase during #BiggBoss11 Finale episode? #BB11

Well, let’s see whether Puneesh is offered the briefcase or not and if he is offered, what will be his decision.

Who do you think will be the winner? Let us know your views.

Amazing Horror Movies Releasing In 2018 Will Make This The Best Year
Bigg Boss 11: Exclusive Interview Of Akash After Eviction. Reveals Winner Of The Show