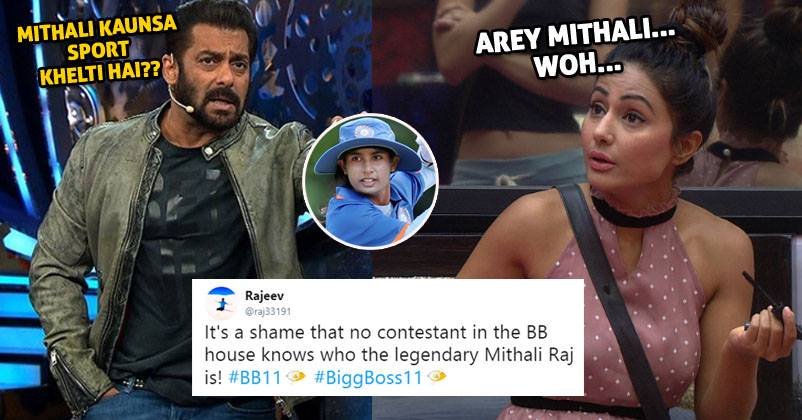 Bigg Boss contestants are trying their best to maintain a good place for themselves in the house. Everyone wants the ticket to finale, but sadly, only 4 of them will get an entry.

Yesterday’s weekend ka vaar was very interesting. Salman trolled all of them and even commented on Hina Khan’s Maths skills. Not only that, even the rishtedaar of gharwaale asked them fiery questions.

It was sad to see Priyank getting eliminated yesterday; I am sure, all his fans must be very disappointed. More than that, we were disheartened to see contestants’ ignorance towards Mithali Raj. Well, Salman asked everyone as to who Mithali Raj is and it was shameful to see that none of them knew the answer. 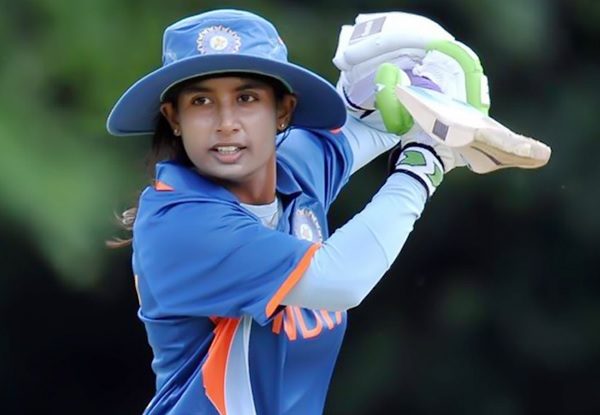 Mithali Raj is the Captain of Indian Women’s cricket team and has brought pride to India many a times. It was disgusting that no contestant knew about her. Twitter is very angry with this behavior.

This is how they gave angry reactions;

These all housemates are dumb, they don't know #MithaliRaj …. I'm not going to vote anyone ….To these Asses #BB11 #Biggboss11 @BiggBoss #WeekendKaVaar who is your pick? सबसे बड़ा #उल्लू

Really embarrassing!! Nobody in the @BiggBoss house knows who is Mithali Raj? Like really?#BB11 #WeekendKaVaar

WTF they don’t know who is Mithali Raj #biggboss

#BB11 contestants doesn't know who Mithali Raj is? All they know is how to be fake in front of the National TV. Carry on ur worthless lives.

The fact that no body knew who Mithali Raj is .. is making me sad 😑💔 #BB11 #WeekendKaVaar

We were shocked to see “I don’t know” coming from housemates. What do you feel guys?

Meet Hardik Pandya’s Bhabhi Who Is A Model, Her Instagram Photos Are Truly Glamorous
Thinking How Luv Tyagi Gets Saved Every Time? Here’s The Answer