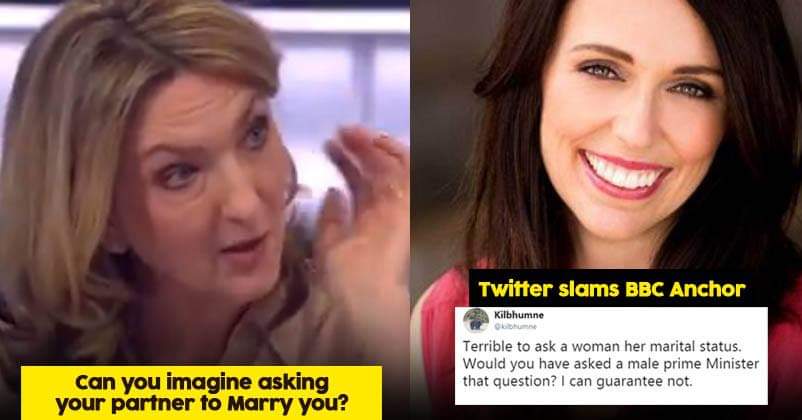 One question that people love to ask to an unmarried woman is when she is getting married, as if there is nothing more important in this world for a female other than marriage. The social media reacted in an angry manner when the same question was asked to New Zealand Prime Minister Jacinda Ardern.

The 38 years old New Zealand PM is currently touring England and Europe and after attending meetings with the leaders of UK, she also appeared in a BBC News Interview. 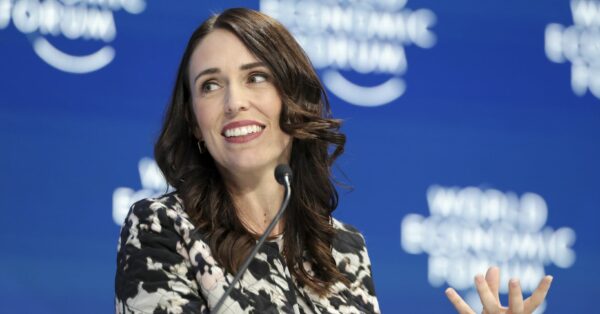 The interviewer was BBC’s Victoria Derbyshire and Jacinda answered a number of questions related to many important topics but what made people furious was the question that Victoria asked to Jacinda in regard to her marriage.

Victoria asked Jacinda whether she has any plan to propose marriage to her long time partner Clarke Gayford. Jacinda was surprised a little at this question but she handled herself beautifully and laughed out before answering that she wouldn’t do that. When she refused, the interviewer tried to question her feminism but Jacinda handled that also in a polite manner by saying that she is a feminist but she wants him to feel the heat of trying to ask that question as she doesn’t want to let him off the hook.

New Zealand @jacindaardern tells us she is a feminist, but she'd never be the one to pop the questionhttps://t.co/MCAoKLpCGK #VictoriaLIVE pic.twitter.com/rfbSp4NOmf

Let us tell you that Jacinda has a daughter with Clarke who is a presenter of a fishing show in New Zealand.

She was also asked whether she feels guilty for not being able to give more time to her daughter to which she said that she is a mother, not a super woman.

Twitterati were quite miffed with the type of journalism done by BBC interviewer as Jacinda is PM and there are many other topics to talk about with her.

Social media slammed BBC and Victoria for being so nasty. Here are some reactions:

Since when was the entry requirements of feminism linked to marriage proposals? I missed this meeting. Shame on the BBC for being so inane.

Why is this question in any way relevent? This trail blazing woman is what feminism is about. Shes running a country. Shes walking the talk. What the hell has marriage got to do with anything. Take a hard look at urselves. @VictoriaLIVE world#1 role model 2 women @jacindaardern.

“We await that day”…um no you won’t! Why does she have to be married according to you? Will she be considered anything less if she doesn’t? Get with the times!

The intricacies of her relationship are none of your business and I for one couldn't care if she was engaged to a tumble drier. Would you ask a man the same question? Keep your focus on the important matters. This makes you look foolish, especially given it's 2019!

I’m a professional journalist, you, Victoria, are are obviously not. What a crass and unprofessional question but what is worse is your judgmentalism that follows. Pathetic!

Terrible to ask a woman her marital status. Would you have asked a male prime Minister that question? I can guarantee not.

The PM's answer is demonstrably ironic humour, it's a gentle joke. Though why on earth it a serious news outlet such as the BBC believes this is a question worth asking is way beyond me! What does it matter if someone is married or not?

You get the chance to interview a Prime Minister, and this is a question you ask them? Yikes.

And again…. people getting confused with what is feminism with what is perceived as a women/men stereotypical roles in society. Feminism is about equality, not 'sameness'.

Can't believe this question was asked. None of our business!!

Disappointing questions to end the interview. You work your way to the BBC just to employ banal inappropriate questions more worthy of the Daily Mail. No BAFTA forthcoming here folks!

🙄Ahh, this was the embarrassing and awkward bit from Victoria Derbyshire

Why is this question relevant? Inappropriate, especially when quizzed on feminism.